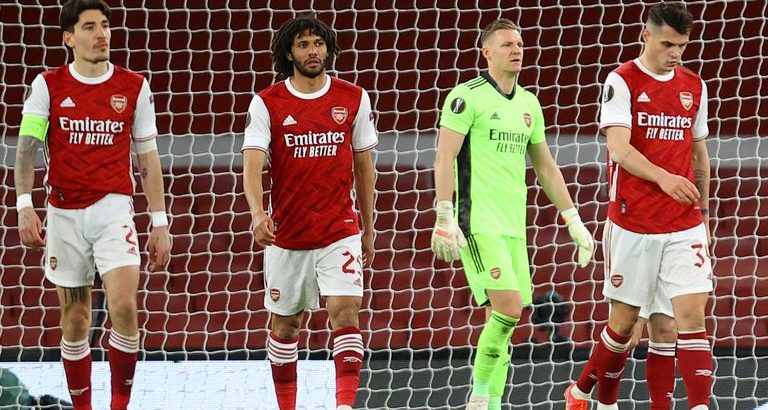 Mikel Arteta says Arsenal did not “switch off” when conceding a late equaliser against Slavia Prague, but made a “bad decision” in giving away the corner beforehand.

Arsenal had missed a string of second half chances, but after some late changes, finally made the breakthrough when substitutes Nicolas Pepe slotted home.

However, the Gunners were unable to see out a precious Europa League first-leg victory as Slavia Prague grabbed an all-important away goal when Tomas Holes nodded home with only a minute to play.

It left Arteta frustrated on the touchline, having been looking for a reaction from his side after a limp 3-0 defeat by Liverpool on Sunday.

But he insists that his side did not lose their concentration, but made a bad choice, and does not worry about the mentality of his side.

He said: “I don’t think they switched off, I think we made a bad decision, playing the ball into an area where we got trapped and from there, we conceded the corner. Apart from that, I don’t think it is the case. 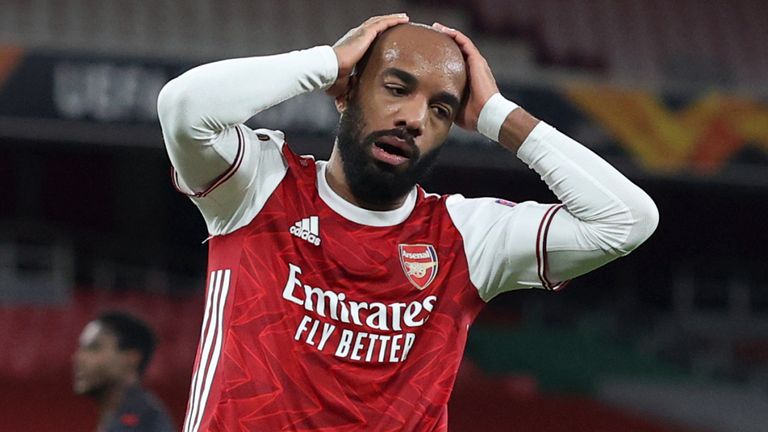 “What was missing is that when you create big chances in Europe, you have to take them. I think we merited much more than the result that we got.

“When we made the most difficult thing, which was to score the first goal and just wait for the last four or five minutes and manage the game much better than we did, we failed to do that and then we gave them the opportunity in the corner and they scored the goal to tie the match and [put us] in a different position. Looking back to what happened on the pitch, it’s not what we expect.

“The mentality of my team? No, I don’t have any concerns.”

It was a lacklustre first half from both sides at the Emirates after six changes from the weekend loss to Liverpool, but Arsenal burst into life after a string of late substitutions. 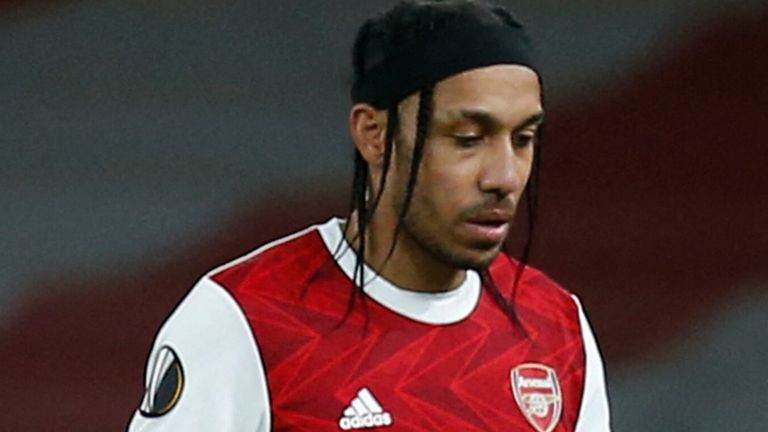 One of those who boosted the side was Pierre-Emerick Aubameyang, who dropped to the bench for the Europa League tie, although questions were asked if the changes should have been made sooner.

Arteta said of his captain: “We try to be as transparent and communicate with the players as clear as possible for them to understand the role of the game that they have and when he came on, he showed the right attitude and the right commitment. 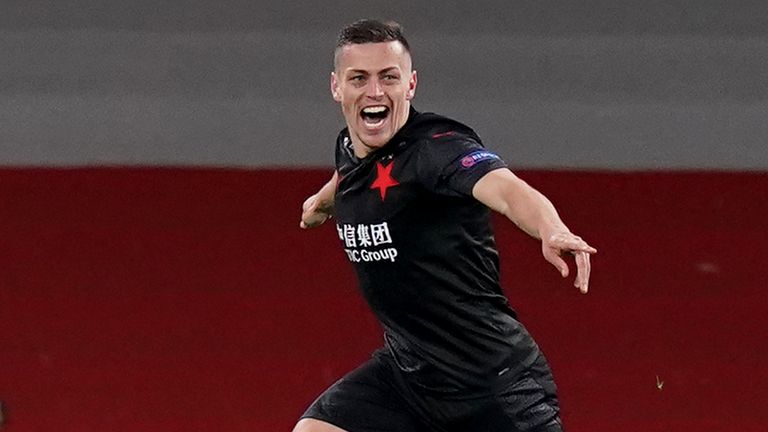 “We know in this competition, the subs have a lot to say and they made an impact that we need. Unfortunately, we didn’t capitalise at the end but we saw what we wanted.

“I think the players [who started] stepped in and they did absolutely everything. They [Slavia Prague] are a really difficult opponent to play against with the amount of duels and individual man-to-man situations that they create. 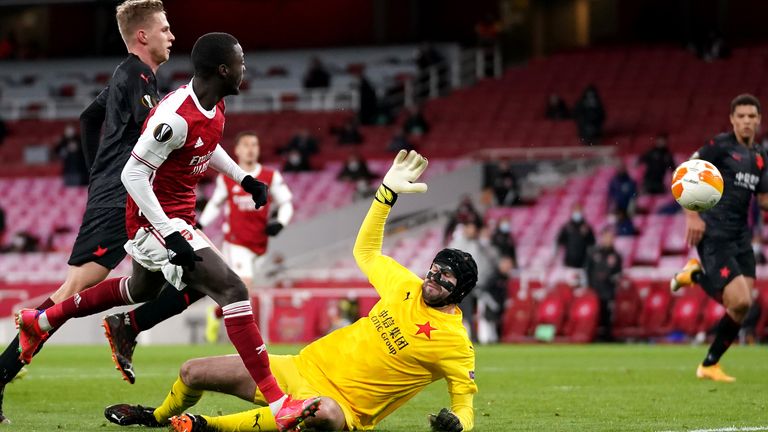 “We managed that really well in certain moments, we were much more aggressive today, more ambitious to play the game we wanted to play and we created some big chances, but didn’t put them away.”

Arsenal travel to Prague next Thursday needing a huge second leg performance, but Arteta is confident his side can go through to the semi-finals.

He added: “If I didn’t believe we could go there next week and win the match, I wouldn’t be sitting here. The mindset is that they have to go there, score goals and win the game. We need to score if we want to be through.

“We’ve done it in the past and I’m sure we’ll be able to do it again.”