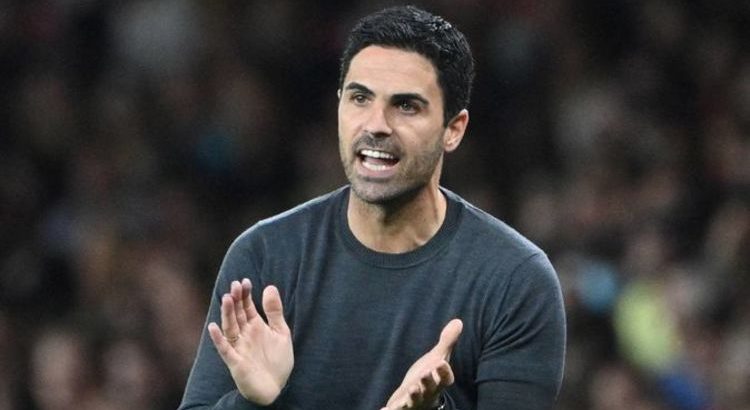 Things are beginning to look rosier for Mikel Arteta at Arsenal – and with the north London derby against Tottenham on the horizon, it’s certainly good timing. After starting their Premier League with three successive defeats in which they failed to score, the Gunners have now won their last three matches in all competitions without conceding.

Yes, the fixture list has been kind, granting Arteta’s side the chance to play newly-promoted Norwich and struggling Brentford and League One side AFC Wimbledon in the Carabao Cup.

But things certainly appear to have clicked into place for Arsenal following their rocky start to the season.

Things were always likely to take a bit of time to settle down given the club spent the best part of £150million on six new players in the summer transfer window.

When that fact is coupled with the disruptions due to injury and coronavirus, with the benefit of hindsight, you begin to see the wider picture.

Happily for Arsenal fans, rivals Tottenham are showing signs of going in the opposite way ahead of Sunday’s derby.

Nuno Espirito Santo kicked off his Spurs tenure with three straight 1-0 wins in the Premier League before coming down to earth with a bump by losing 3-0 to both Crystal Palace and Chelsea.

Whatever happens, the 4.30pm kick off at the Emirates Stadium is set to be an intriguing one.

One of the reasons Arsenal can feel more buoyant about their chances is the availability of Thomas Partey.

The Ghanaian midfielder joined the club from Atletico Madrid for £45m last summer but endured a frustrating and difficult debut campaign as persistent injuries severely limited his impact.

Partey’s first north London derby in December 2020 summed up his struggles. Rushed back from a thigh injury to start the game, Partey walked off the pitch as Spurs raced up the pitch to score their second goal of the afternoon, which they won 2-0.

Partey was then sidelined for six weeks and he started just 18 Premier League matches altogether in 2020/21.

There were more problems at the start of this season, when he picked up an ankle injury in pre-season, but he is now finally back and available.

Arteta made 10 changes for the 3-0 win over AFC Wimbledon on Wednesday. Tellingly, Partey was the only unchanged player from the 1-0 at Burnley on the weekend, on his request.

“He hasn’t played a lot of minutes,” Arteta explained post-match. “The rhythm of matches is nothing like the training session. He’s so willing to play and I think he was very efficient tonight.

“We didn’t think [it was a risk], that’s why we made the decision to play him. There’s always a risk when you play a match or when you have a training session with the intensity that we train.

“We believed it was the right thing to do and he was really pushing for it. I think it worked out well.”

Partey enjoyed his 60 minutes against the League One side. He took 66 touches, had an 81 per cent pass accuracy, completed three of four attempted take-ons and won six of his eight ground duels before being replaced by Emile Smith Rowe.

His return could prove crucial for Arsenal, who have been sorely lacking his qualities in the centre of the pitch, as Arteta himself articulated earlier this month.

“He is a player that has to be one of the leaders, he has to be the boss in midfield,” he said. “We have been missing that big time. He’s the one who reads what is happening and makes the rest better.

“How he manages the transition, the pressing. He has charisma.”

With a run of wins behind them and their midfield leader back in contention, Arteta will now be hoping to keep up the momentum against Spurs on Sunday.