Arsenal manager Mikel Arteta has explained how he instilled belief in previous benchwarmer Mohamed Elneny, who started for the Gunners in their 3-0 win over Fulham in the Premier League on Saturday.

Elneny spent last season on loan with Besiktas and it didn’t look like he was going to be part of Arteta’s long-term plans.

But he played in the Community Shield against Liverpool and performed well against Fulham on Saturday.

The Egyptian had previously been left out in the cold by manager Unai Emery, but under Arteta, it looks like he has a future.

JUST IN: Mikel Arteta’s Arsenal told they ‘won’t get near’ Man Utd and Chelsea 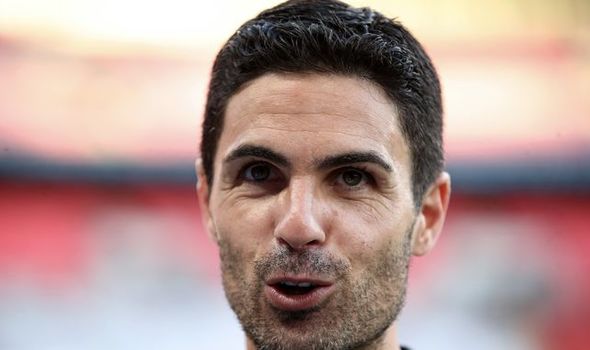 The Spaniard has detailed how his initial conversations with Elneny went, noting that he ‘really likes’ the midfielder.

“Well I really like Mo and what he brings to the squad in terms of his personality as well,” he said.

“And then at a football level, I think he needed a little bit of belief.

“He had some doubts whether we could trust him or not.

“I had a lot of conversations with him. ‘He fully deserves his chance.

“He trains every day with the best spirit, he wants to learn, and he’s performing really well.

“My job is to get everybody at his highest level and doing their best.” 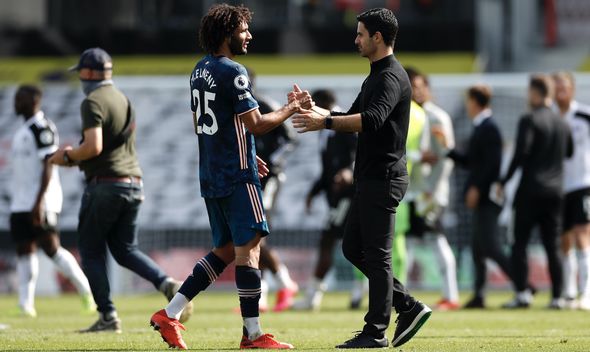 Arteta also noted that he’s had the same conversation with Rob Holding and Ainsley Maitland-Niles, who were linked with moves away from north London this summer.

“We have some other examples with Mo and Rob [Holding], Ainsley [Maitland-Niles] as well,” he added.

“They are at their best at the moment and that’s going to make it difficult for the rest.

“They have to step up and fight for their places.