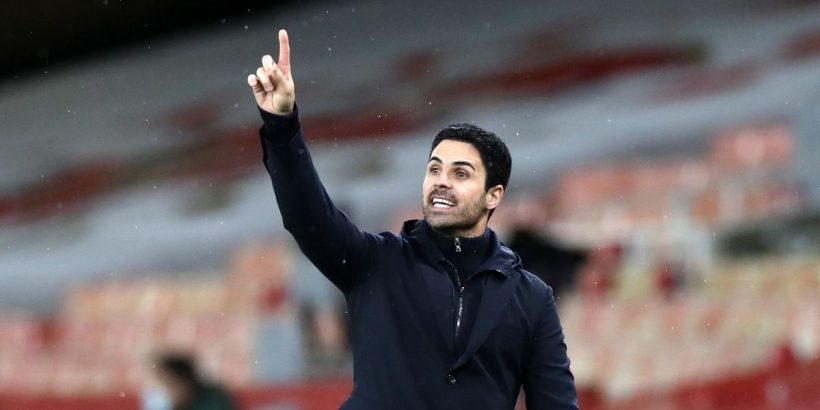 Mikel Arteta has challenged his Arsenal stars to address their disappointing home record to help continue their winning run.

The Gunners have picked up four victories on the bounce after a dismal start to the campaign.

Two of those have been at home, against Chelsea on Boxing Day and Saturday's FA Cup third round win over Newcastle.

But their overall form at the Emirates has been a cause for concern, where Arsenal have picked up just 10 points this season – placing them 15th based on home form alone.

Next up is the visit of Crystal Palace on Thursday, before facing Newcastle again on Monday – this time in the Premier League – and Arteta has urged his side to build on their recent triumphs.

"I think the next two games are crucial to see the direction that we are taking and to reinforce all the things that we have improved on and the results that we are having recently," the Arsenal boss said.

"There's a lot of games coming up now, some important ones as well. We need to get our home form established. We've had some issues there and now it's time to get some wins.

"We've got two at home right now that are going to be key for the future of our season in the Premier League and the team is in great spirits. Obviously, after four wins everything looks better."

Arsenal sit just a point ahead of Palace in the table, but have failed to beat Roy Hodgson's side in all of their last four encounters.

The contrast between both managers could not be starker, with Arteta at the start of his career in the dugout, while Hodgson – who is 35 years his senior – approaching the end of his.

And the Arsenal boss is in awe of the longevity of his opposite number.

"It is a difficult drug [football] to take out of your system," Arteta said.

Who will win between Arsenal and Crystal Palace? Have your say below.

"If I could do it, that would be exceptional and that is the word I would use to describe what Roy has done in the game and the way he has done it.

"His charisma, his personality, the way he approaches people, the way he is as a person and what he has achieved as a coach, is just exceptional.

"I have been doing it for a short period, but I can only imagine to do it that long. It is an incredible achievement so my hat is off."