Mikel Arteta has told Rob Holding he won’t be leaving before the transfer window closes. The defender looked set to join Newcastle on loan but his manager has now blocked the deal due to his rise to prominence in recent weeks.

Holding looked like a spare part last season but now he is receiving game-time from Arteta, who has given everyone a clean slate.

The centre-back has had to deal with his fair share of injuries in recent years but now he appears to finally be on the right track.

David Luiz’s neck injury has given Holding a chance to nail down his spot in the side.

He impressed at Craven Cottage and marshalled the Gunners to a clean sheet on the opening day of the season. 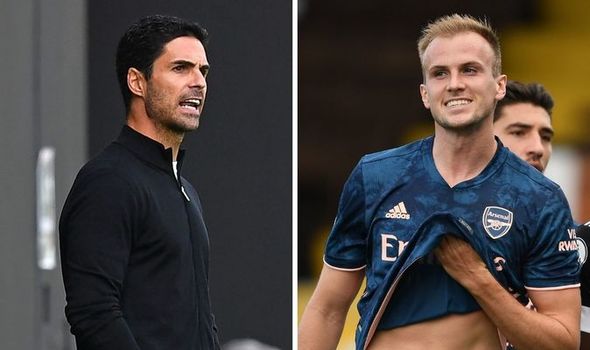 After the match, Arteta made it clear he will not be leaving.

He told BT Sport: “I said to him ‘change your mind, because you’re not going anywhere’.

“Again Rob is another one that stands for every value that we want at the football club.

“He had a really difficult time but he trained and pursued his dream to play for this football club.

“Now I don’t have to let him go, you are already playing so what else do you want?”

The versatile full-back also started in west London and now looks set for a big role under Arteta.

Wolves had been keen on Maitland-Niles and he looked set to move to Molineux following a £15million bid. 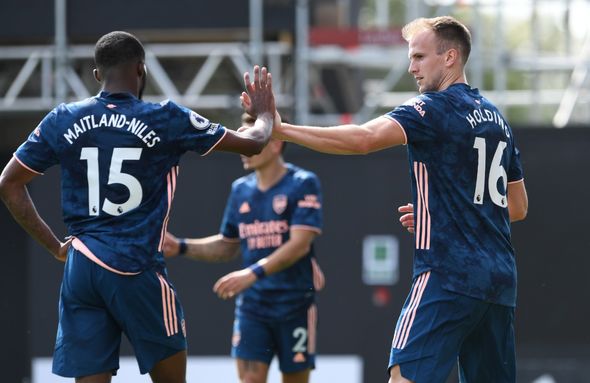 However, Arsenal rejected that and decided he was no longer for sale following impressive displays in the FA Cup final and Community Shield.

He was called up to the England squad by Gareth Southgate and made his senior debut against Denmark in midweek.

Now Hector Bellerin looks more likely to leave following interest from Paris Saint-Germain, although he did start at Fulham at right wing-back.

Arsenal need to raise cash in order to spend but Maitland-Niles and Holding are set to stay.

Arteta has now made it clear he does not want to lose either.