Milan Skriniar, the Inter Milan centre back wanted by clubs across Europe, is worth more than £100million, according to his manager.

Luciano Spalletti spoke after Skriniar put in another stellar display against Barcelona in their 1-1 Champions League draw.

Manchester United have been linked with the Slovakian international, as have Real Madrid and Barca, but they could be forced to pay a heavy fee for the defender. 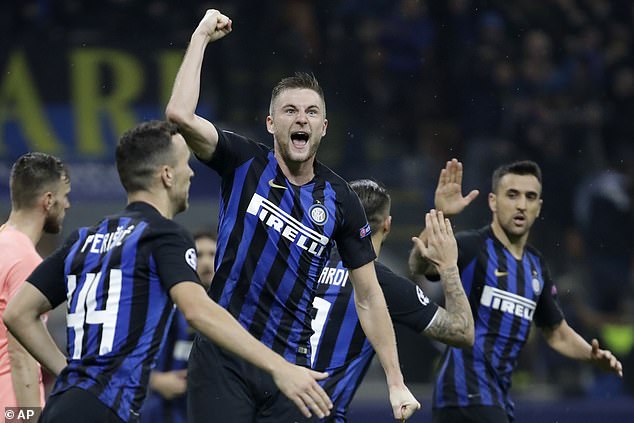 Milan Skriniar is worth more than £100million, according to his Inter Milan manager 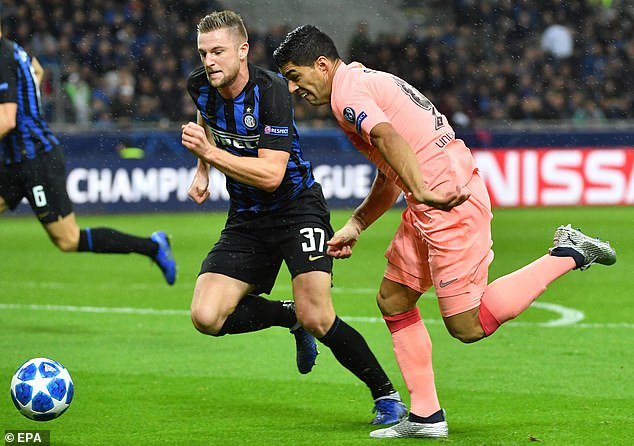 Skriniar has emerged as one of the continent’s best defenders since moving to Inter from Sampdoria in 2016.

Europe’s best sides have been put on red alert by reports on Italian media that Inter have failed to agree a contract extension for one of their biggest stars.

Skinirar’s deal runs until 2022, but a seeming refusal to sign a new contract has increased the interest from the likes of United, who badly need defensive reinforcements. 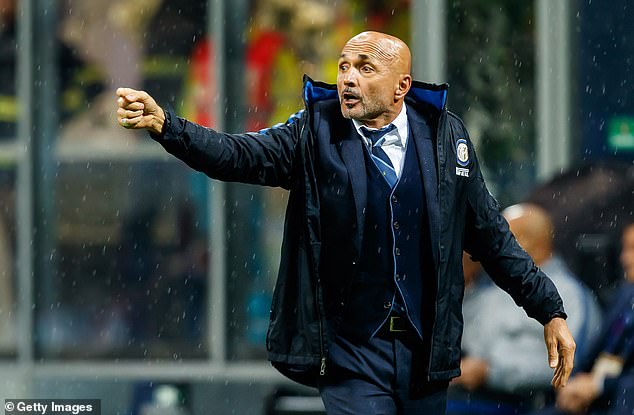