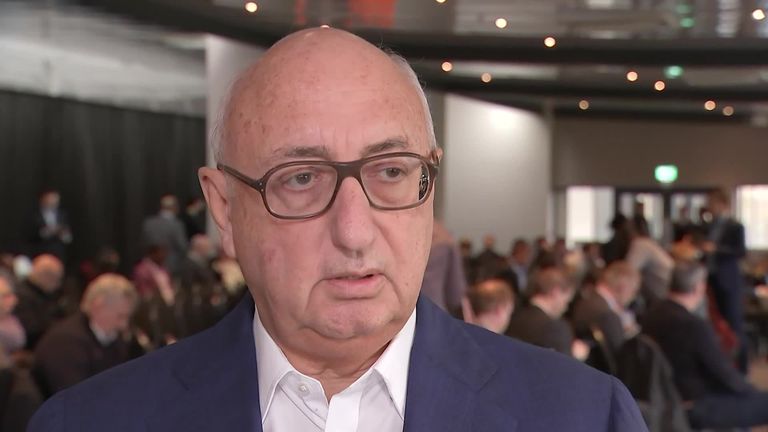 Leading football agent Mino Raiola says supporters are “not dumb” and will support agents in their dispute with FIFA over plans to place a cap on transfer payments.

FIFA’s Stakeholders Committee voted in favour of the new regulations in October last year, limiting the amount an intermediary can earn to 10 per cent of a transfer fee – and three per cent of the player’s fee.

They plan to implement the new rules as early as next season, but following a meeting of the Association of Football Agents in London on Wednesday, another leading agent, Jonathan Barnett, promised legal action if the regulations aren’t altered. “People are not dumb, they understand. They understand that FIFA is raising their ticket money for the World Cup every year, I think 25 per cent, that where FIFA comes, the local people cannot get a ticket for the only tournament they host.

“They understand why FIFA wants all the transfer money to go over a FIFA bank, this is only about power.”

Barnett, agent to Real Madrid’s Gareth Bale, warned that while he and his colleagues are open to discussions with FIFA, they will not hesitate to take legal action if the plans move forward.

“We want fairness,” Barnett said. “We do a very good job and we act for players. We don’t act for FIFA and FIFA should recognise us and treat us in a proper matter.

“Absolutely. It (legal action) has to be the last resort. We will try to the last, last minute to resolve the problem but let them be well assured, if necessary we’ll go to every court in the land, around the world. More than 200 agents – including Portuguese super-agent Jorge Mendes – met at National League side Barnet’s stadium in north London, with a unanimous consensus reached.

“All of the agents in Europe and their three representative bodies met today and agreed a united policy in relation to the new FIFA proposals,” said Mel Stein, life president of the Association of Football Agents.

“We’re going to be writing to them jointly to advise them that once there is a formal consultancy of process in place, where all parties can bring their proposals to the table, we’ll be eager to meet with them.”

In response, FIFA said it was proposing “sensible, reasonable, rational, proportionate and necessary” regulations “to protect the interests of players and the wider interests of football”.