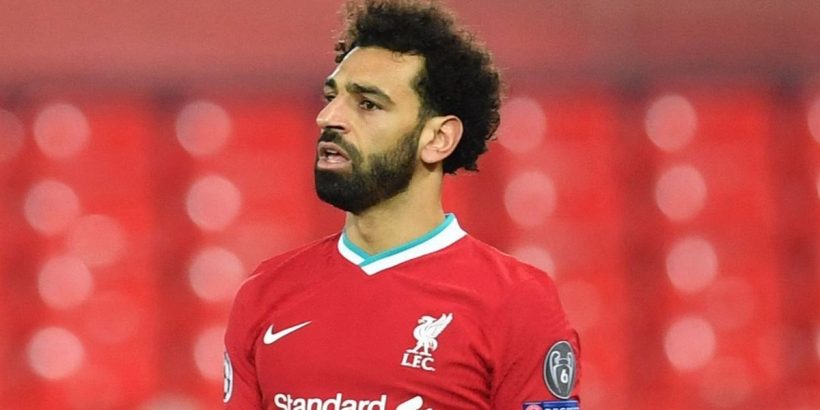 Mohamed Salah has revealed that “no one is talking” to him about putting pen to paper on a new contract at Liverpool.

The Egyptian’s current Reds deal is not due to expire until the summer of 2023, but his future on Merseyside remains unclear amid reports of potential interest from Real Madrid and Barcelona.

Salah has previously suggested he could leave Anfield in the summer, saying “we’ll see what happens” when quizzed about his situation in March.

But Liverpool chiefs clearly aren't looking to fend off interest in their star man and tie him down to a new contract anytime soon.

Salah told Sky Sports: “No one is talking to me about [a new contract], so I can't say much about that.

“No one in the club is talking to me about anything so I do not know.”

Salah has developed into one of the most fearsome attackers in world football since joining Liverpool in 2017.

He has bagged a total of 123 goals in 198 appearances for the Reds, helping them clinch the Premier League title last season and the Champions League in 2019.

“It's a great thing to win, I'm just trying to win it again and again. Part of our job is to win trophies.”

Whether Salah will pursue those targets at Liverpool next season remains to be seen, however the forward did insist back in January that he is still 100 per cent committed to Jurgen Klopp’s side.

“If you ask me, I say I want to stay as long as I can, but as I've said before, it's in the club's hands,” he told Norwegian TV channel TV2.

READ MORE:Five players Liverpool likely to sell this summer as Jurgen Klopp clears out his squad

READ MORE:Liverpool fans react to Philippe Coutinho 'house-hunts' in Merseyside due to Everton