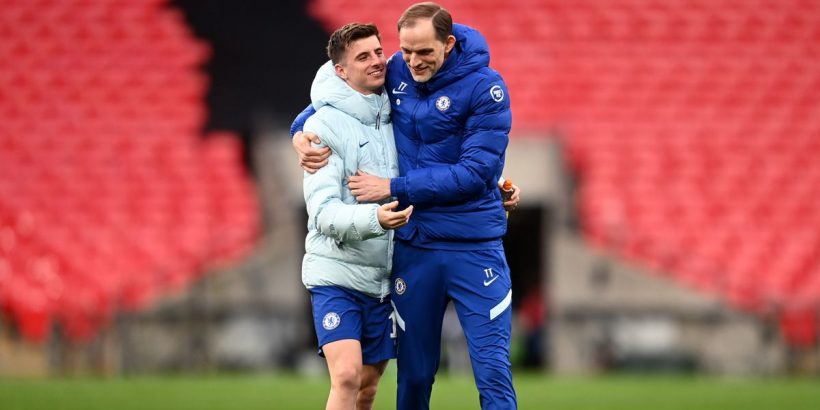 Thomas Tuchel’s Chelsea can clinch their place in the history books with two major finals in the coming weeks, and Mason Mount has been a key component in any success coming their way.

Despite concerns the former Frank Lampard disciple may not figure as prominently in Tuchel’s plans after he took over in January, Mount has looked as productive as ever under the German’s tutelage.

The Blues have their first chance at silverware when they face Leicester in Saturday’s FA Cup final at Wembley. Attention will then turn towards their clash against Manchester City in the Champions League decider on May 29.

Joe Cole won six major trophies in seven years at Stamford Bridge and was part of some of the most successful teams in the club’s history.

When asked about Mount’s talent and whether the academy graduate would crack the star-studded XIs of Chelsea’s past, Cole told the Evening Standard: “It is difficult to answer this because I don’t want to disrespect the current crop or my team-mates.

“I’m a great believer in things improving in life. There is a reason records get better all the time so I’m not one of these old players who says, ‘We were better in our day.’

“We were what we were in our day and now these guys are doing it their way. Mason could have played for any team in any era, but he would have to replace a very good player [from my team].”

Mount has played in all but five of Chelsea’s games so far this season, scoring nine goals and adding eight assists in 50 outings across all competitions.

The 22-year-old has been an almost constant presence in the team regardless of who’s been at the helm, nearing his first major trophy after finishing runner-up to Arsenal in the FA Cup last term.

Cole—who made 281 appearances for Chelsea—came through the ranks at West Ham alongside Lampard, completing his own move to Stamford Bridge a couple of years after his fellow Londoner.

As well as predicting how Mount might have fared at Chelsea in the past, the 56-cap former England international also forecast big things for his future, adding: “I said it 12 months ago that Mason will go on to be a Chelsea great. I can’t believe why some people weren’t really having him. Which is insanity.

“Football has these mad things. But even the people who were most against Mason will step back now and say ‘maybe I got that one wrong.’

“He will be a Chelsea great. It is unfair on Mason to say he is Frank’s legacy because Mason is a genius and he would have come through anytime, anywhere because he is just a great footballer.

“But Frank had a big impact on him and what better way to start your career as a midfielder than having the greatest midfielder the club has ever had there at your whim to ask questions? Mason is a great learner, which is why he is where he is.”

Lampard gave Mount—a two-time FA Youth Cup winner—his first taste of senior experience in England after taking the youngster on loan when he was manager at Derby County.

The puppeteer then played a prominent part in Lampard’s first season as Chelsea boss after a transfer ban meant the Blues were blocked from making any new signings in the summer of 2019.

An FA Cup win over Leicester would provide the first piece of senior silverware for Mount at Chelsea, though Tuchel’s fast improvements in west London suggest more is to come.