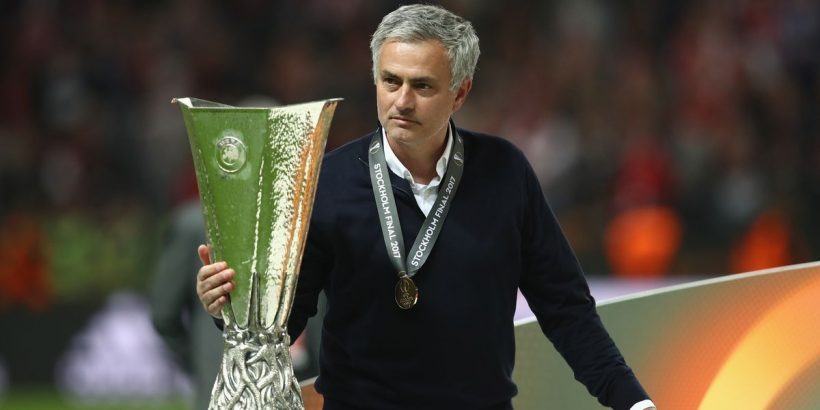 Jose Mourinho was most recently sacked as manager of Tottenham a week before getting the chance to take on Manchester City in the Carabao Cup final.

It prevented The Special One from getting his hands on another trophy – the last time being back in 2017 when in charge of Manchester United.

On that occasion, the Red Devils beat Ajax in the Europa League final with goals from Henrikh Mkhitaryan and Paul Pogba.

That is also the last time United have won a trophy, though Ole Gunnar Solskjaer's side are the favourites to repeat that success this year.

But where are the 11 players that started on that 2017 night in Stockholm? Still at United, though he would wish otherwise after being relegated to third-choice keeper following the return of Dean Henderson from loan.

A transfer in the summer fell through and the Argentine remains an ostracised figure at Old Trafford.

The captain on the day but has departed the club after 339 appearances to return to his homeland Ecuador in 2019.

He now turns out for Queretaro in Mexico at the age of 35 after a spell with L.D.U. Quito.

Playing against his former club in 2017, he has since returned to Ajax after four years with United when he departed in 2018.

A relatively old head at the back for the Dutch champions, Blind is still just 31 and remains a key player for the national side.

Under Mourinho, Smalling was a first-team regular but that changed when Solskjaer took charge.

After a successful loan spell to AS Roma, the England international signed on a permanent basis and was most recently on the back of a 6-2 thrashing from his former side in the Europa League.

Another player to be shunted out by Solskjaer, Darmian returned to Italy on a permanent basis in 2019 to sign for Parma.

This season, he has helped Inter Milan lift their first Serie A title in 10 years after signing on loan last summer.

A willing servant under Mourinho, contract troubles saw him depart for Paris Saint-Germain in the summer of 2019 for free.

After an initially tricky season, the 31-year-old has become a first-team regular under Mauricio Pochettino. Mata remains with United, but at 33 has seen his first-team appearances significantly drop.

He has made just seven appearances in the Premier League this season but United remain keen to keep hold of the Spaniard, especially in a non-playing role as an ambassador.

Another of Mourinho’s favourites, Fellaini was hastily shown the exit door after Solskjaer’s appointment.

The Belgium international joined Shandong Ludeng in January 2019 but there have been rumours he could be on his way back to Europe. Despite his many problems with Mourinho, Pogba is still a United player and is starting to express his wide talents under Solskjaer.

His agent, Mino Raiola, has frequently spoken out on his client’s unhappiness at Old Trafford but looks in some of the best form of his life in recent weeks.

Along with Pogba, was the goalscoring hero on the day against Ajax but has since departed.

A controversial transfer that saw Alexis Sanchez go the other way followed but he never got going at Arsenal and was allowed to join AS Roma on loan before signing permanently.

The main man up front on the day and it remains the case four years later under Solskjaer, who is a big fan.

Despite question marks over Rashford's form under Mourinho, the United academy graduate has since signed a long-term contract at Old Trafford and looks set to be their frontman for many years to come.

READ MORE:Man Utd protests 'not a problem' for Glazer family – as US owners tipped to keep club