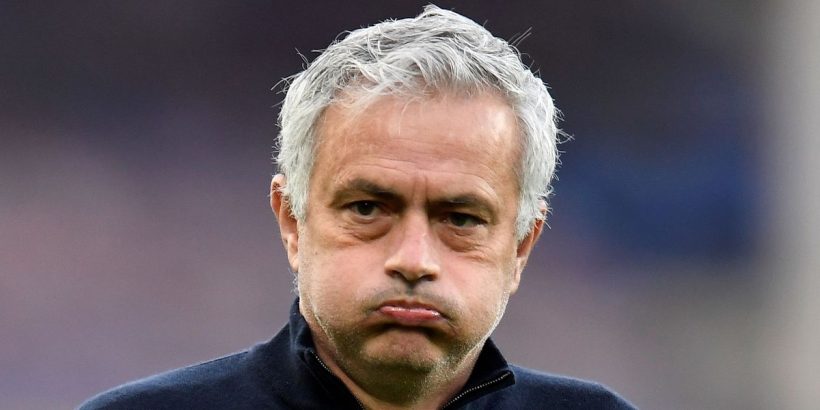 Jose Mourinho shocked the football world by returning to management just 15 days after being sacked by Tottenham.

Italian giants Roma announced Mourinho has signed a three year contract from the start of next season and declared he wants to “build a winning project.”

It signalled the return of the biggest name in football management – and it is set to save Tottenham chairman Daniel Levy millions of pounds.

Mourinho, 58, had two years left on his £15m-a-year contract at Tottenham and it means Spurs will not have to stump up a mega pay-off because he landed another job.

Roma have not won the Italian championship since 2001, they were thrashed 6-2 by Manchester United in the Europa League last week and are currently stuck in seventh place in Serie A under existing boss Paulo Fonseca who will leave at the end of the season. But despite Roma’s problems, club president Dan Friedkin and vice-president Ryan Friedkin managed to pull off a major coup and keep it quiet.

Mourinho said: “Thank you to the Friedkin family for choosing me to lead this great club and to be part of their vision.

“After meetings with the ownership and Tiago Pinto, I immediately understood the full extent of their ambitions for AS Roma. It is the same ambition and drive that has always motivated me and together we want to build a winning project over the upcoming years.

“The incredible passion of the Roma fans convinced me to accept the job and I cannot wait to start next season.

“In the meantime, I wish Paulo Fonseca all the best and I hope the media appreciate that I will only speak further in due course. Daje Roma!”

The Special One will also be reunited with ex-Manchester United and England defender Chris Smalling who played under him at Old Trafford.

Mourinho famously questioned Smalling’s ability with his feet after the Europa League final success in 2017.

And Mourinho also questioned his desire to play through the pain barrier when he was injured – only for it to be later revealed Smalling had a double fracture in his toe.

Will Mourinho prove to be a good appointment for Roma? Have your say in the comments.

Mourinho has also previously had difficulties with Roma winger Pedro from their brief spell together at Chelsea while he offloaded Henrikh Mkhitaryan to Arsenal in 2018 in a swap deal for Alexis Sanchez as he did not rate the Armenia midfielder.

The ex-United, Chelsea, Real Madrid and Porto enjoyed glorious success in Italy with Inter Milan as he led them to the Champions League in 2010.

Mourinho will also go face-to-face with Inter boss Antonio Conte who he had a running battle with after the Italian took over at Chelsea.

Tiago Pinto, Roma’s General Manager “When José became available, we immediately jumped at the chance to speak with one of the greatest managers of all time.

“We were blown away by José’s desire to win and his passion for the game: no matter how many trophies he has won, his primary focus is always on the next one. He possesses the knowledge, experience and leadership to compete at all levels.

“We know that in order to build a successful sporting project it takes time, patience and the right people in the right positions. We are supremely confident that José will be the perfect coach for our project, for both our immediate and long-term future.

“Together with the vision and ambition of Dan and Ryan Friedkin, we will build the foundations of a new AS Roma.”