‘He has everything to show how good he is’: Joao Moutinho calls on Wolves’ record signing Fabio Silva to showcase his talents as Portugal midfielder admits he is relishing working with club’s younger stars

Joao Moutinho has urged Wolves’ record buy Fabio Silva to express himself and is relishing looking after the club’s young stars.

The midfielder knows Silva can shine in the Premier League and his next chance comes on Sunday with a trip to West Ham.

Silva, 18, became Wolves’ record signing when he joined from Porto in a deal worth £35million this month while defender Ki-Jana Hoever, 18, completed a £9m switch from Liverpool. 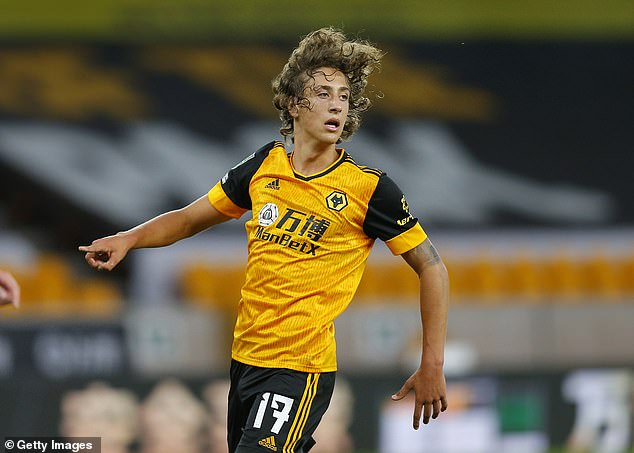 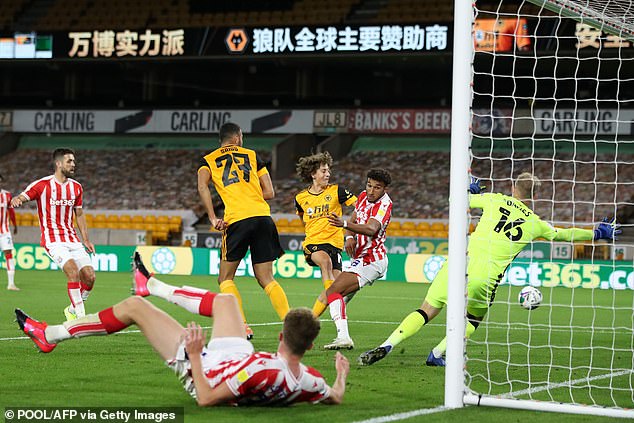 Striker Silva, 18, missed a sitter on his debut as Wolves lost to Stoke in the Carabao Cup

Striker Silva missed a sitter on his debut as Wolves lost to Stoke in the Carabao Cup earlier this month but Moutinho expects him to prove himself.

‘He has great potential. He’s a young guy who needs to continue to work, to show the qualities he has,’ he said.

‘I think he has everything to show how good he is, and we will try to help him improve and learn every day with us – and with Raul (Jimenez) as they play the same position.

‘It’s important because young players come and like to learn. I think it’s great to have him. 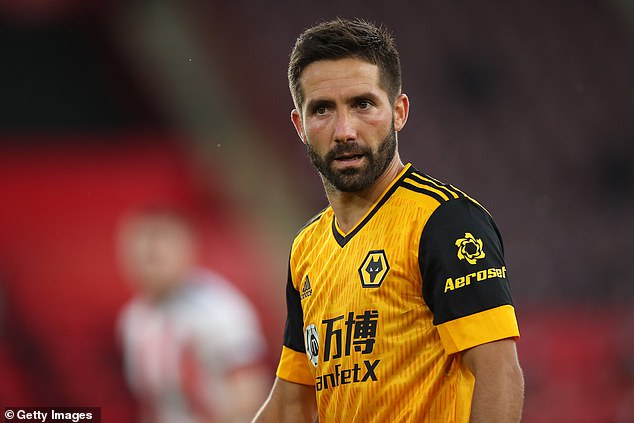 ‘I like to help young people, but I try to learn with them too. We are all learning every day. If we think we know everything, we stop improving. I try to teach what I know, with my experience, so we are better than the last day.

Nelson Semedo is in line for a debut after joining from Barcelona this week as Wolves look to hit back after a 3-1 defeat to Manchester City on Monday. 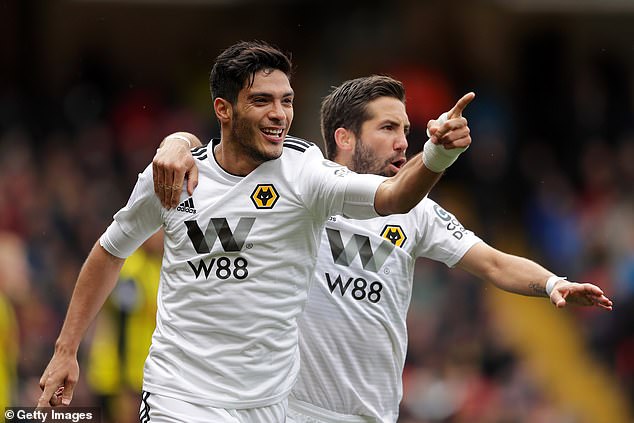 They have won all four games against the Hammers – without conceding – since returning to the Premier League in 2018 and Moutinho wants to get back on track.

‘It’s not the start we wanted, we won the first game and lost the second one to a team that wants to win the Premier League,’ he told the club’s official site.

‘We know what we have done well and what we need to work on, and so we will continue to work – to do our best to win the next game. That’s the most important thing.’ 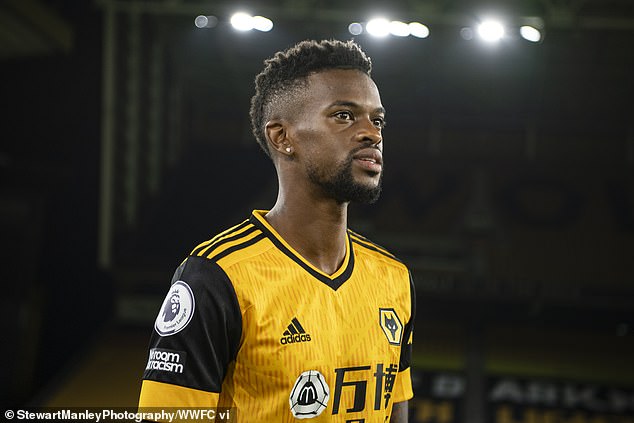