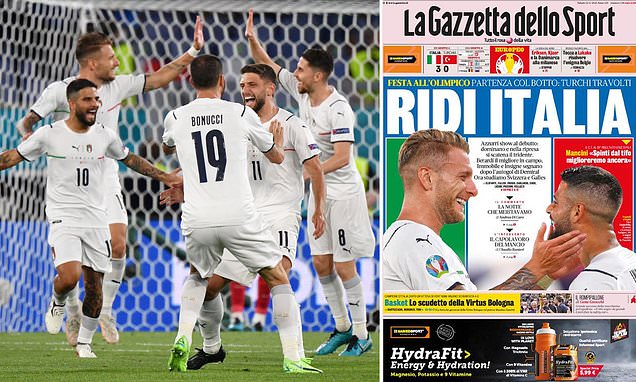 ‘Viva l’Italia!’ National papers celebrate the Azzurri’s dominant win over Turkey in their Euro 2020 opener… with a special mention for the returning fans at the Stadio Olimpico

A national outpouring of joy flooded Italy’s sports pages in the wake of the Azzurri’s stunning 3-0 victory over Turkey in the Euro 2020 curtain-raiser on Friday.

Roberto Mancini’s side laid down a marker in their comprehensive defeat of the Crescent Stars, who shipped three second half goals after holding Italy at bay for the first 45 minutes.

But after Merih Demiral scored an own goal, Ciro Immobile and Lorenzo Insigne were on hand to cap off a glorious night for Italy, one that its press were only too happy to celebrate. 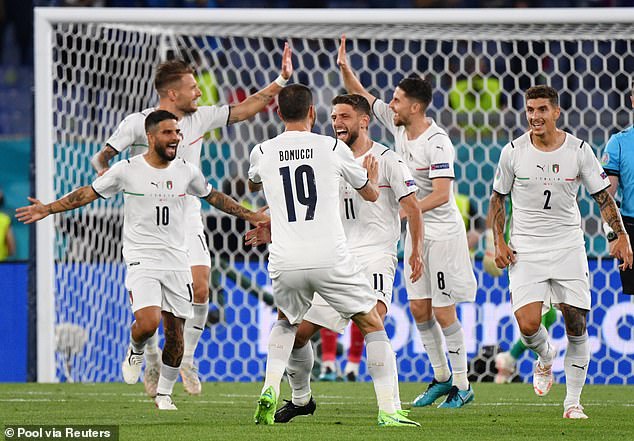 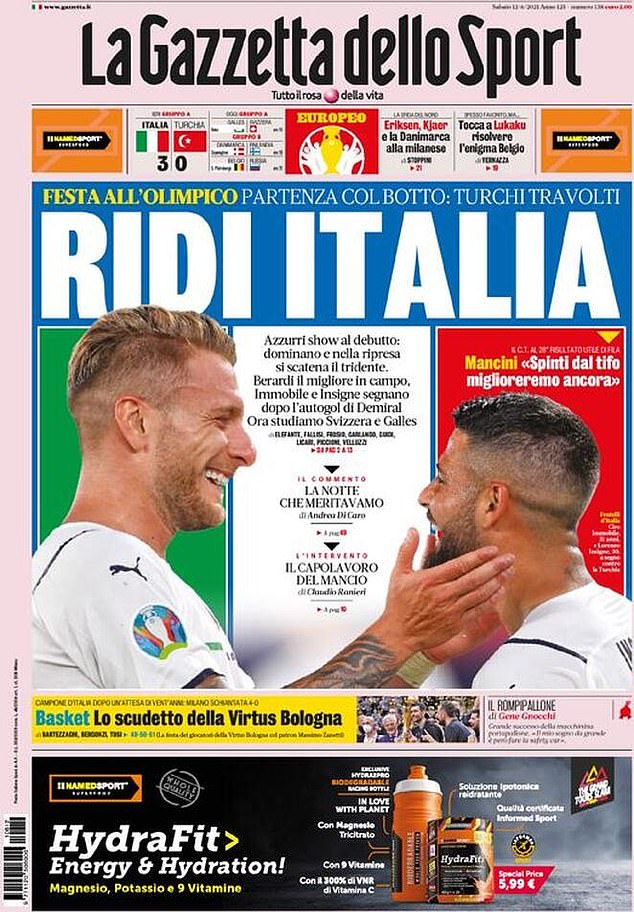 ‘Italy can smile!’ ran the banner headline on Gazzetta dello Sport above a smiling Immobile and Insigne, with descriptions of the nation’s ‘spectacular start’ in which they ‘flattened Turkey’.

Both papers also made note of the fans watching live, with the match having extra special significance for taking place in Rome’s Stadio Olimpico amid the backdrop of the coronavirus pandemic that has seen football take place in empty stadiums for several months. 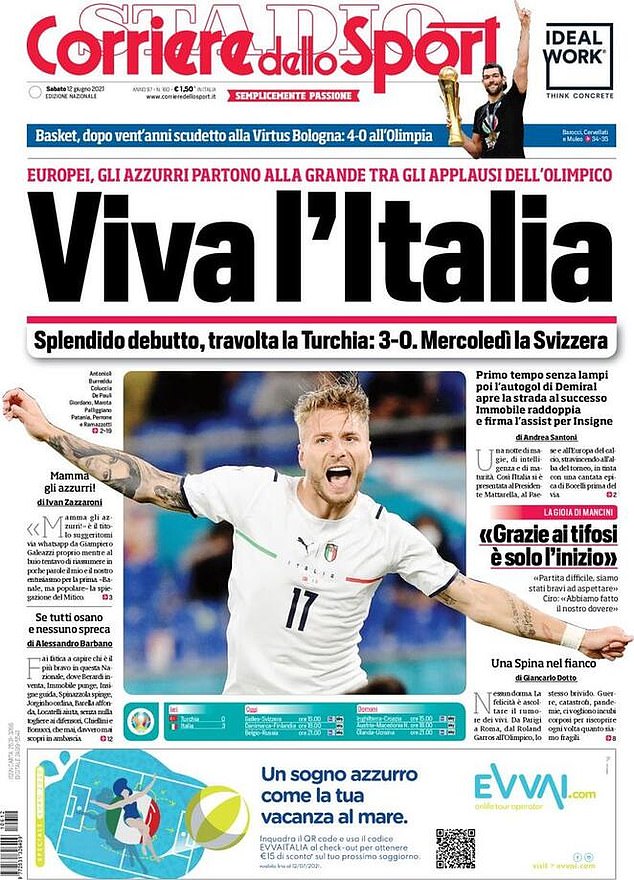 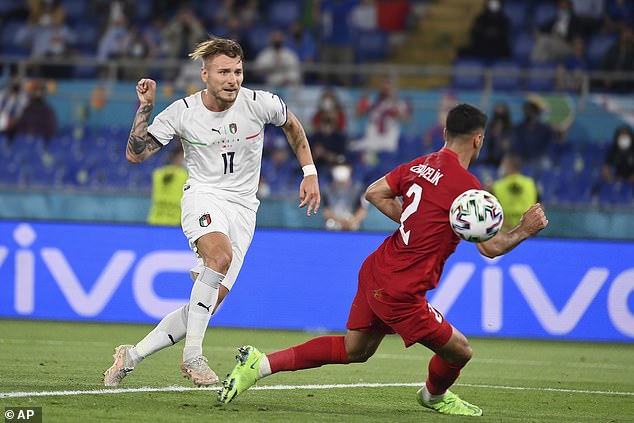 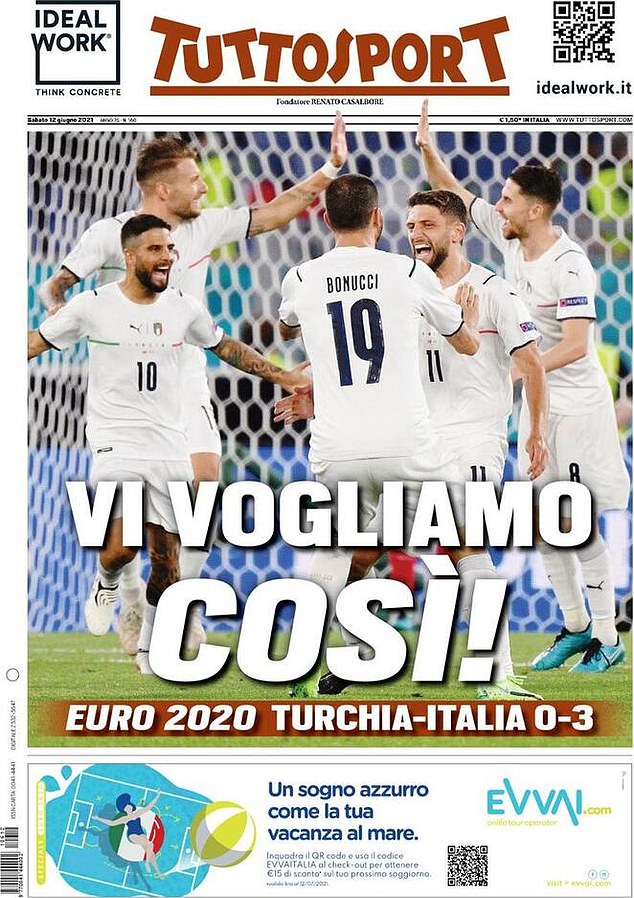 With it effectively being a home game for Italy, one of eight host nations of Euro 2020, Gazzetta labelled the evening ‘party at the Olimpico’, while Corriere said Italy’s strong start to the tournament came with the ‘applause’ of the fans.

Making a simple statement for how Italy should start as they mean to go on, Tuttosport’s headline ran simply: ‘This is how we want you!’