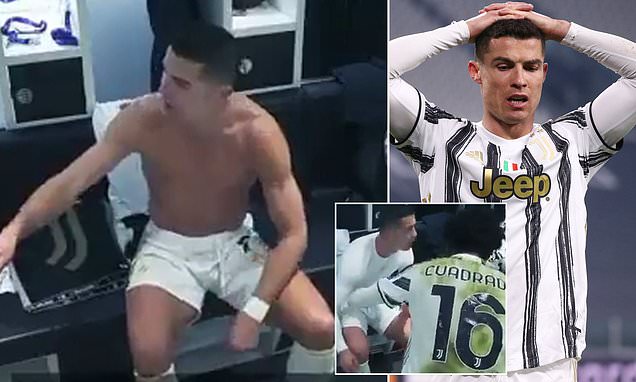 ‘We have to tell each other the truth, we played s***’: Cristiano Ronaldo BLASTS his Juventus team-mates during Champions League humiliation vs Porto in previously unseen footage from the dressing room

Cristiano Ronaldo was unable to contain his fury with his Juventus team-mates during the Italians’ Champions League capitulation against Porto, as revealed by Amazon Prime’s new ‘All or Nothing’ series.

The 36-year-old could not rescue his side from an embarrassing last-16 exit to their Portuguese rivals last season, with Sergio Oliveira at the heart of an historic result in Turin.

Now, behind-the-scenes footage from half time of the second leg has revealed a fascinating insight into Ronaldo’s standing in the Juventus dressing room. 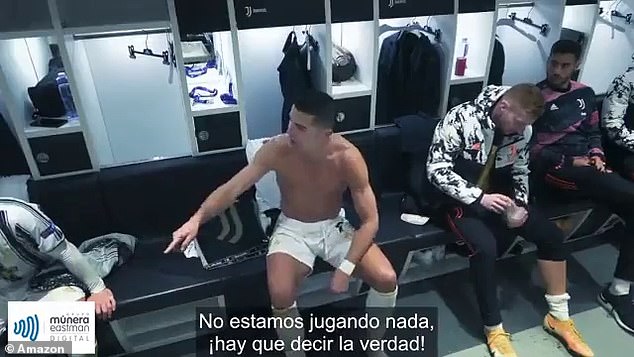 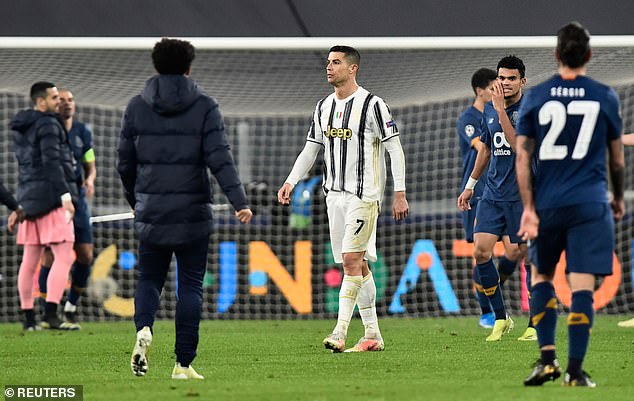 Trailing 1-0 on the night and 3-1 on aggregate, Ronaldo unleashed a damning rebuke on his team-mates as they saw their chances of European glory slipping away from them.

Cuadrado replied: ‘You must be an example for everyone’, and Ronaldo acknowledged the Colombian’s comment. 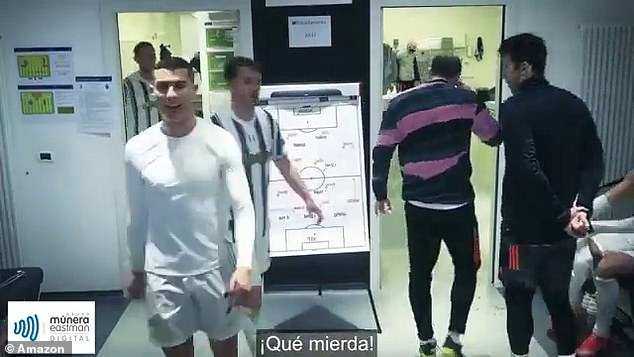 Trailing 1-0 at half time in the second leg, Ronaldo was unable to contain his anger 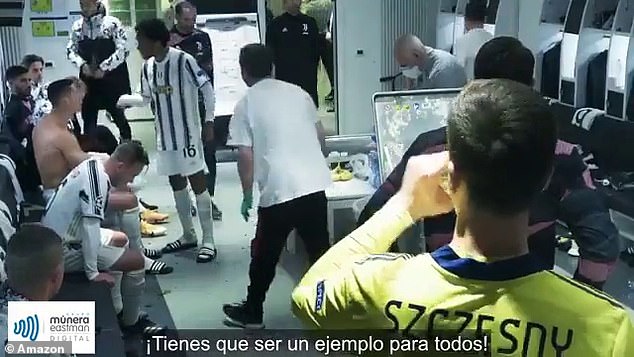 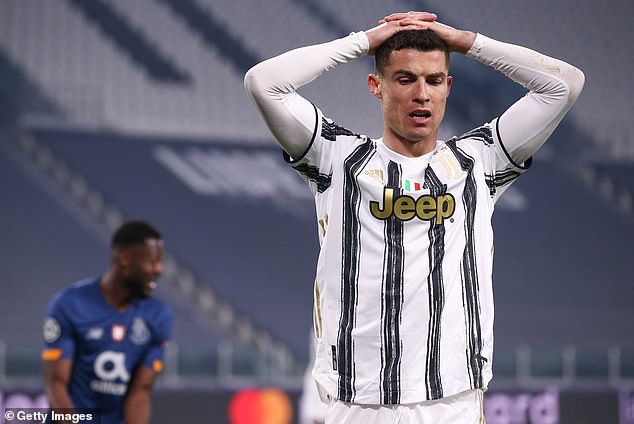 ‘I’m included too,’ he said. ‘We have to tell each other the truth, we played s***. This is a Champions League match, we need to have personality.’

Former Juve boss Andrea Pirlo then called for calm, before giving a half time team talk that ultimately failed to inspire a second half turnaround.

Amazon have previously filmed similar ‘All or Nothing’ series with Tottenham and Manchester City, and their documentary with Juventus has shone a light on a miserable final season in Turin for Ronaldo.

The Old Lady slipped to a fourth place finish as Inter Milan ended their Serie A dominance, to accompany a terrible showing in the Champions League. 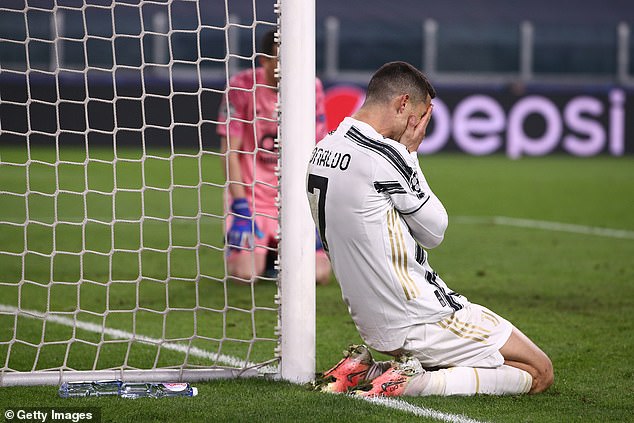 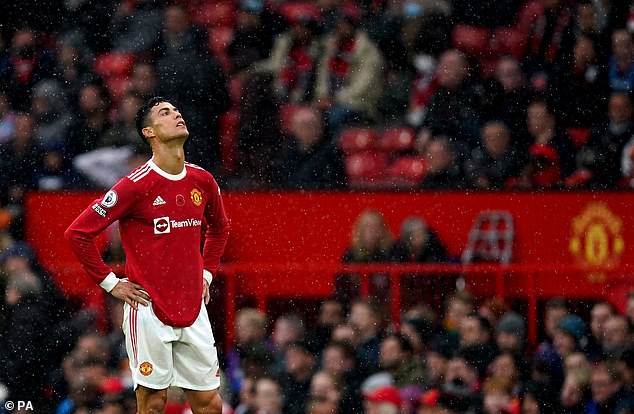 The series often showed that Leonardo Bonucci was the most vocal presence in the Juventus dressing room, with Ronaldo happy to take a back seat while the Italian spoke, until the club’s humiliation in Europe triggered the Portuguese into action.

Ronaldo waved goodbye to Italy last summer to seal a stunning return to Manchester United in a £19.4million switch.

While the 36-year-old has struck 10 goals in 13 starts for the Red Devils, United have endured a poor start to the campaign, resulting in Ole Gunnar Solskjaer’s sacking.

Former Schalke and RB Leipzig boss Ralf Rangnick has agreed a six-month deal to take charge on an interim basis, before taking up a two-year consultancy role at Old Trafford. 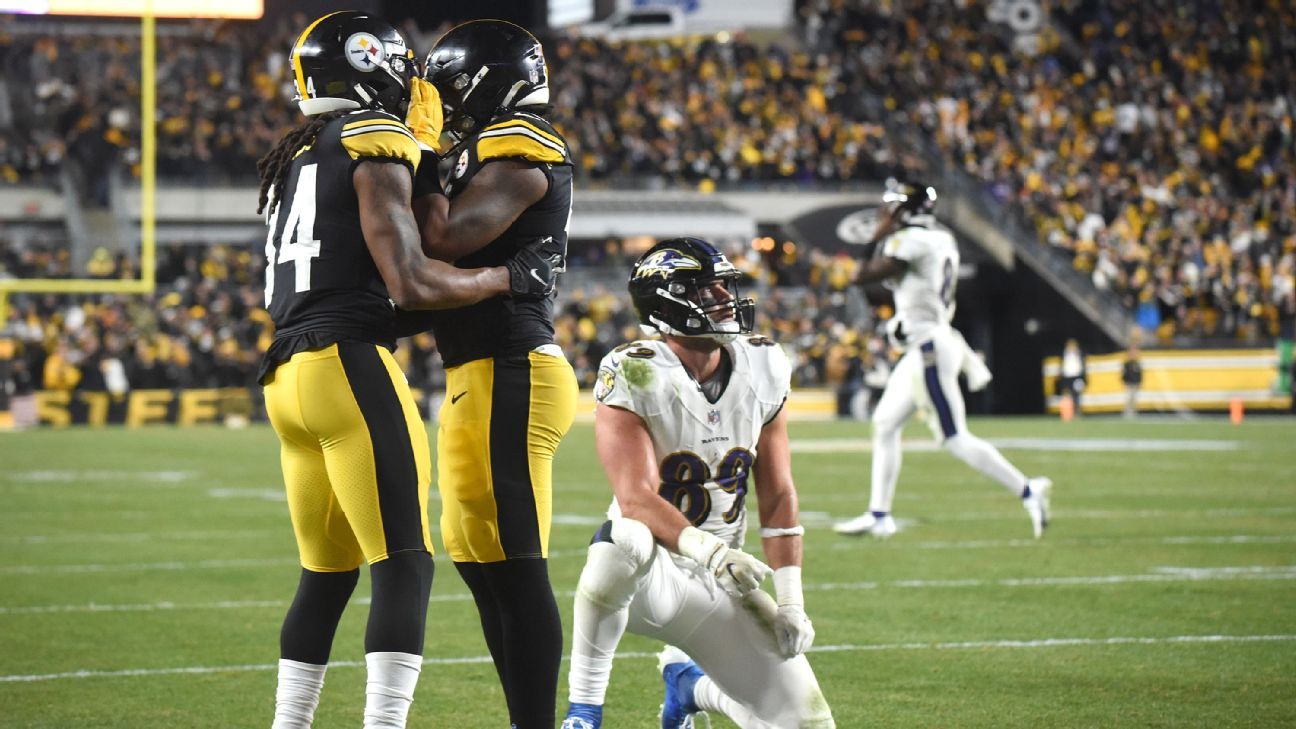 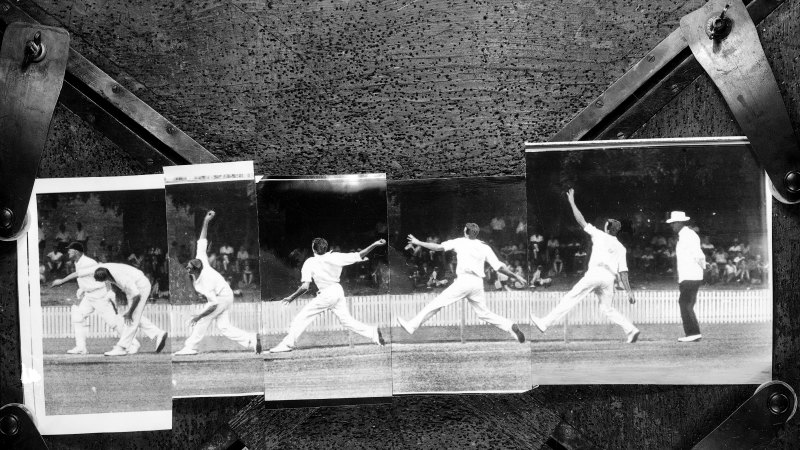