‘This is my club now and I’ll give 100%’: New Ipswich boss Paul Lambert urges fans to forget his past with Norwich and focus on avoiding relegation

Paul Lambert asked not to be judged on his past as he was formally unveiled as the new manager of Sky Bet Championship strugglers Ipswich.

The former Norwich and Aston Villa boss succeeds Paul Hurst, who was sacked last week with the club bottom of the table.

Lambert’s last three appointments – at Blackburn, Wolves and Stoke – have all proved short-lived but the 49-year-old insists that is not relevant now, nor is his connection with rivals Norwich. 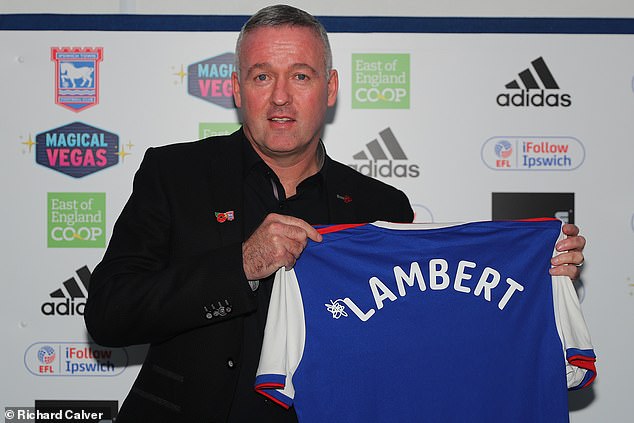 Speaking at a press conference reported by the club, the Scot said: ‘I want to get this football club away from the bottom of the table. I don’t want to be judged on past success or failure. I’ll be judged from here on in.

‘This is my club now and I’ll give 100 per cent. I want to have a lot of success here so let’s see what happens.

‘If feels great to be here. I’ve had six months off and I got itchy feet but now I’m really looking forward to it.

‘I’ll identify things pretty quickly and try and sort them. We need the team to enjoy playing football again, and to play with enthusiasm and hunger.’

Lambert, a former Celtic and Borussia Dortmund midfielder, enjoyed his most successful spell in management with Norwich.

He guided the Canaries to the Premier League in 2011 after successive promotions. He left for Villa in 2012 after keeping them in the top flight. He then spent close to three years at Villa Park.

His last job came at Stoke in the second half of last season but he was unable to keep the Potters in the Premier League and left in the summer. 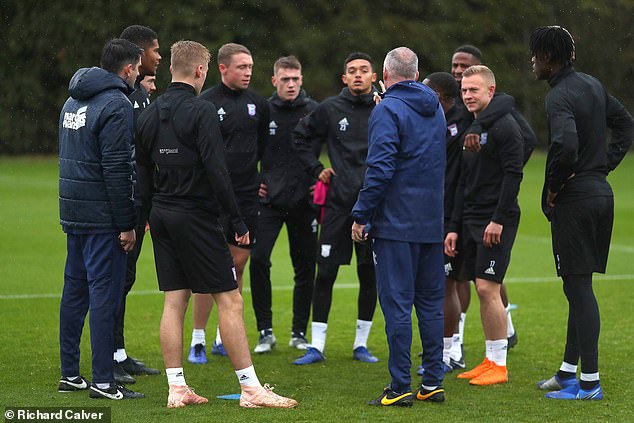 His latest challenge is a sizeable one with Ipswich already five points adrift of safety having won just one of their opening 15 games. It is not one that fazes him.

‘Every job is tough,’ said Lambert. ‘It doesn’t matter where you are in the table. I’m not frightened by this challenge.

‘I know football and the pressures of it inside out and it’s something I’m really looking forward to it.’

Lambert was appointed on Saturday and watched from the stands as they were beaten 3-0 at Millwall. His first game in charge comes as they host Preston this weekend.