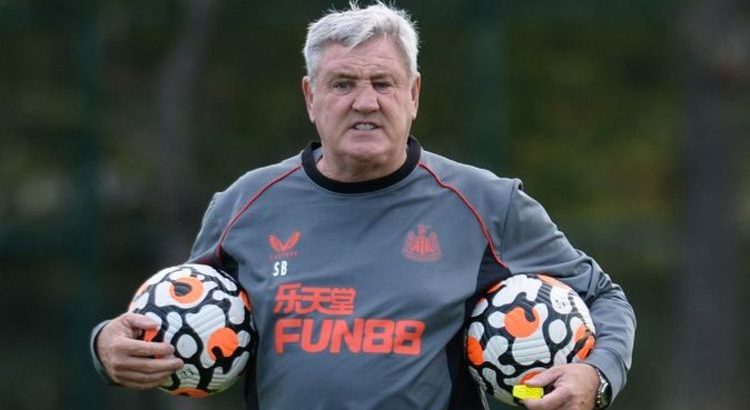 Amanda Staveley speaks to the media after confirmed Newcastle takeover

There is a ‘darkened’ mood around Newcastle United amid uncertainty over Steve Bruce’s future as manager, according to reports. Bruce is expected to be relieved of his duties after Mike Ashley sold Newcastle last week, but he continues to lead training ahead of Sunday’s game against Tottenham Hotspur.

Saudi Arabia’s Public Investment Fund (PIF) owns 80 per cent of the club, with Staveley equally splitting the remaining 20 per cent with the Reuben brothers.

The PIF’s assets worth £250billion make Newcastle one of the wealthiest clubs in world football, and significant changes are expected on the back of their arrival.

One should see Bruce leave the club and be succeeded by a manager with a trophy-winning pedigree ahead of substantial backing in the transfer market.

But Bruce has yet to leave Newcastle and looks set to take charge when Tottenham visit St. James’ Park this weekend.

According to The Telegraph, the uncertainty is damaging morale among players and other staff in the build-up to the fixture.

There is a ‘dark’ mood at the club, with coaches fearing for their jobs and players lacking focus as a result.

With both players and coaches off on Thursday, it presents the logical time for Newcastle to confirm whether Bruce’s status is safe for now.

The Telegraph add that sources close to the consortium insist that a change of manager will be made before the Tottenham game.

However, as the majority stakeholder, new chairman Yasir Al-Rumayyan has the right to make that call, not those based in the UK.

There is said to be hesitation within PIF as to why the club would part ways with Bruce before finding his replacement.

After the takeover was confirmed, Staveley admitted that Newcastle’s early-season form was a concern but suggested a dec on Bruce’s future.

She said: “We’re painfully aware of the relegation issue, and we’re going to do everything we can to make sure the club is not relegated.

“It is a concern. But all decisions about players and the manager are for another day.

“I did speak to the manager and say hello and introduce ourselves. We look forward to speaking to him over the next few days.

“We’re going to do a review right through the football operations and come back and make some decisions.”