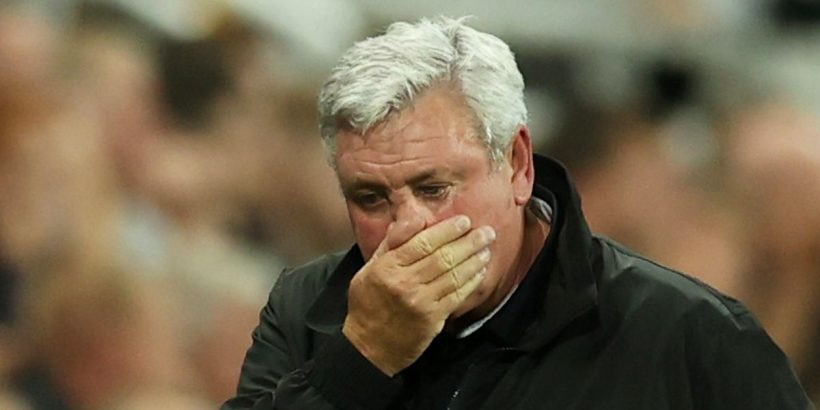 Ian Rush believes Steve Bruce deserves to be given a chance by Newcastle's new owners.

The Magpies were sold by Mike Ashley last week for £305million to a Saudi-backed consortium, who plan on making the club regular contenders at the top of the Premier League and in the Champions League.

For the first time since the days of Kevin Keegan and Sir Bobby Robson, the future looks bright on Tyneside, but it look set to be a future without Bruce, the club's unpopular current manager.

Supporters have been unhappy with the former Sunderland boss for some time, and it is widely expected that he will be one of the first casualties of the new era.

Leicester City boss Brendan Rodgers and ex-Borussia Dortmund chief Lucien Favre have both been touted as possible successors, but for now Bruce remains in the St James' Park hotseat.

Rush, 59, is a Liverpool legend, but he also enjoyed a brief spell in the north east with Newcastle in the late 1990s, scoring two goals in 14 appearances and playing in the Champions League against PSV.

Speaking exclusively to Daily Star Sport thanks to Gambling.com, the Welshman couldn't hide his delight at the club's takeover, and believes Bruce should be given a chance to show what he can do.

Do you think Steve Bruce deserves to keep his job at Newcastle? Let us know your thoughts in the comments section below.

"They deserve it," Rush begins. "I don't think they've won anything for 30 years or so, every time you go there and when I was there, there was a full house every Saturday.

"The fans are absolutely fantastic. I'm made up for them because they deserve it.

"But you have to be careful here because you shouldn't expect something overnight. It'll take time to do that, but at least they're on the right road now, and being an ex-Newcastle player for one year, it's great for me to see the takeover.

"He's worked really, really hard in difficult situations. If you change something overnight, you have to be very, very careful. I think if they did get a new manager, it'd be a foreign manager."

Newcastle are currently second bottom of the Premier league after a disappointing start to the season which has produced three draws, four losses and no wins.

Despite the euphoria that greeted news of a takeover, relegation is still a real concern for the Magpies – and Rush is backing Bruce to lead them away from trouble.

"At the moment, Newcastle can still be relegated," he adds.

"With Steve Bruce there, in my opinion again, they will not get relegated because he's done such a good job. Give him a chance to see what they can do and let's take it from there."