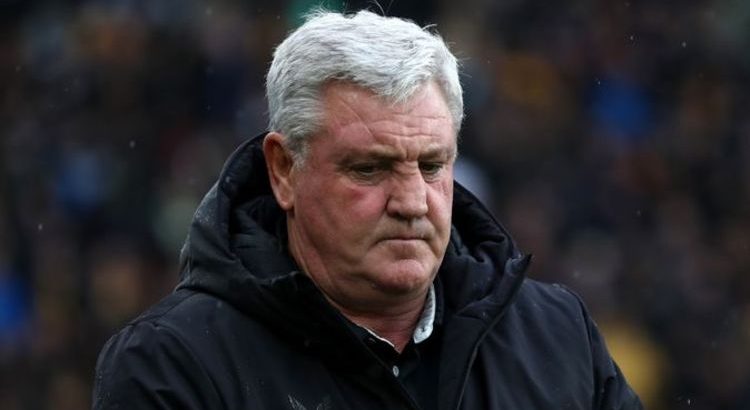 Amanda Staveley speaks to the media after confirmed Newcastle takeover

Newcastle have a three-man shortlist of managers to replace Steve Bruce if the Magpies boss is sacked this week, according to reports. The club’s new owners will apparently cut ties with Bruce and appoint a new head coach to lead their new era.

The £305million takeover was completed after the Premier League were assured that the Saudi Arabian state would not have control of the club.

The Public Investment Fund (PIF) – seen as separate to the state – has taken an 80 per cent share. Staveley’s PCP Capital Partners and the Reuben Brothers have taken 10 per cent each.

Staveley has already promised heavy spending across all areas of the club, from new signings to the local community.

But any new arrivals might not get the chance to play under current manager Steve Bruce.

Several reports have suggested that the former Manchester United defender, who has overseen a disappointing start to the season, will be dismissed ahead of next weekend’s clash with Tottenham.

According to the Daily Mirror, Newcastle’s new owners have a list of three ideal candidates to replace the 60-year-old.

Only one of their preferred choices is unemployed, meaning that a hefty compensation package might be required.

Their other two options are currently in work and might take some tempting to leave their respective clubs. Rangers boss Steven Gerrard is apparently being considered, as is Gerrard’s former Liverpool boss Brendan Rodgers.

Rodgers’ reputation has soared since he was replaced as Reds head coach by Jurgen Klopp in 2015. He won seven honours with Celtic before helping Leicester City win their first-ever FA Cup last term.

That man is former Borussia Dortmund coach Lucien Favre. The 63-year-old was close to being appointed at Crystal Palace in the summer but made a late U-turn, leaving the Eagles to appoint Arsenal icon Patrick Vieira.

Talks over who the head coach might be will likely accelerate in the early parts of this week, with Staveley revealing that she will be speaking to Bruce about his future.

“I did speak to the manager, said hello and introduced ourselves,” Staveley told Sky Sports last week.

“We look forward to speaking to him over the next few days. There’s an international break now, everyone is just relieved at getting some rest before the Tottenham game.

“We’re very supportive of Steve, we’ve spoken to him and what we won’t do is talk about him or players, we’re going to do a review of football operations, commercial side of the club, we’ll come back and make some decisions.

“I’m not able to talk about anything as to players or managers at this stage.”