Newcastle striker Joelinton says he suffered ‘great anxiety’ as he went 20 games without scoring earlier in the season.

The winning goal against Tottenham in just his third game for the club left many hoping Joelinton would be able to live up to the pressure of the famous No 9 shirt.

However, the Brazilian failed to build on that momentum and went 20 games without scoring as his confidence dropped.

Joelinton eventually broke his lengthy drought in January when he scored in a 4-1 FA Cup third-round replay victory over League One Rochdale. 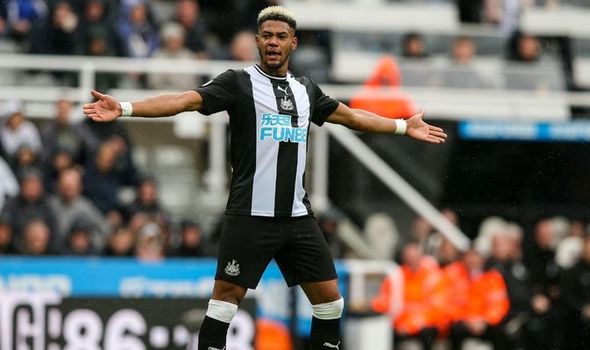 The relief was evident for Joelinton as he ran to celebrate with manager Steve Bruce.

He has scored just once since then, in a 3-2 FA Cup fourth-round replay victory over Oxford.

Speaking in an interview with Goal Brazil, the 23-year-old opened up about his struggles in front of goal.

“I think that for any striker, going for a while without scoring is bad, it leaves us with great anxiety,” he said.

“But I think it’s part of this beginning of trajectory in English football, and I’m not used to being shaken by a bad moment. 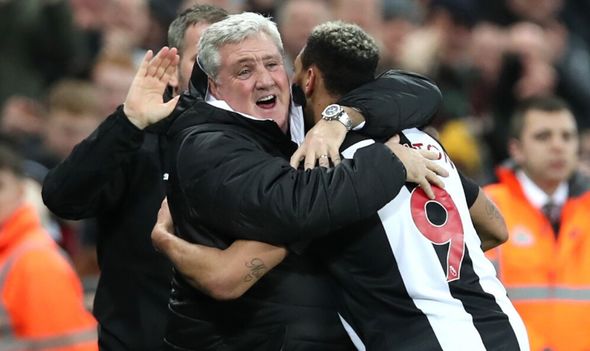 “I seek strength to train, improve and return to the games to score goals and help Newcastle come out with the victories.

“We always have to improve, seek evolution. It’s a league with great teams, excellent players and coaches, so the level is very high.

“I know that I’m prepared for this, and I train daily to evolve and be up to the games I play.”

With his problems adjusting to English football, Joelinton has been linked with a move away from Tyneside.

But he insists he remains happy at the club and wants to fire them into Europe.

“I don’t usually get involved in rumours, negotiations,” he added.

“This is usually in the hands of the club and my agents, even so that I can stay focused on my work, on my goals. Newcastle were the club that believed in my football, which opened the doors of the Premier League for me and that made a big investment in my signing.

“I don’t like to plan the future too much, I prefer to live in the present. And today I say that I’m very happy here at the club and that I still want to give a lot of joy to the Newcastle fans, making a Premier League season of a high level and, who knows, taking the club to an international competition.”