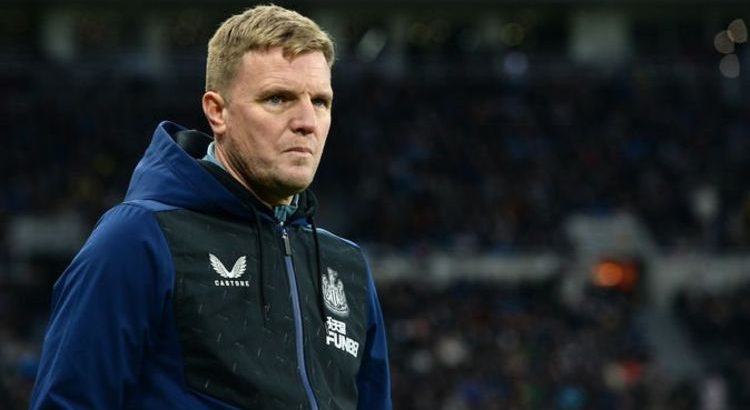 Newcastle continue to be linked with several names in the January transfer window as the club’s owners look to splash the cash in an attempt to avoid relegation this season.

Kieran Trippier became the first signing under the new ownership after completing his £12m move from Atletico Madrid last week.

And ex-Newcastle midfielder Jenas hopes his former club will attempt to sign Henderson and Lingard next.

“I would really like to test Dean Henderson and Manchester United’s resolve,” Jenas told William Hill.

“He must be really frustrated to have no football in a year where we’ve got a World Cup and I’d be interested to see if United would be open to anything.

“I’d also be looking at Jesse Lingard because there are no winners in his current scenario.

“Surely if he could get some games under his belt for the rest of the season and show everyone how good he is, he would.

“He’s almost the perfect fit in my opinion for Newcastle right now.”

Henderson, 24, has struggled for game time this season and has made just two appearances in all competitions so far.

They came in the 1-0 Carabao Cup defeat against West Ham in September and in the dead rubber contest against Swiss champions Young Boys in the Champions League group stage game.

Some tipped Henderson to replace David de Gea as the club’s No.1 goalkeeper this season after the Spaniard struggled for form in the previous campaign.

Henderson made 26 appearances in all competitions and kept 13 clean sheets in the process.

The 24-year-old started in ten of United’s final 12 Premier League matches last season but has scarcely been given a chance this time around.

And with de Gea having seemingly returned to his best form at Old Trafford, it’s hard to see the England goalkeeper being given a chance anytime soon.

Meanwhile, Lingard has also had to settle for a bit-part role at United in recent times.

Like Henderson, the midfielder has started just twice for the club this season and is out of contract in the summer.

Lingard spent the second half of last season on loan at West Ham, where he scored nine times in 16 game, but has experienced a lack of game time following his return to Old Trafford.

The 29-year-old has previously expressed his desire to play more regular first-team football ahead of the World Cup at the back end of this year and continues to be linked with a move elsewhere.