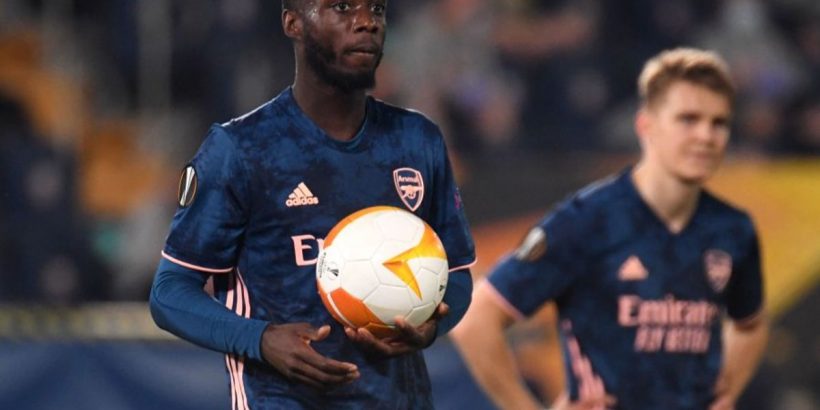 Arsenal travel to St James’ Park to face Newcastle in the Premier League on Sunday.

The Gunners lost the first leg of their Europa League tie with Villarreal but Nicolas Pepe scored a crucial away goal during the 2-1 defeat.

Mikel Arteta’s side have struggled in the Premier League recently as the followed up a 1-1 draw at home to Fulham by losing to Everton in north London.

Meanwhile, Newcastle will look to increase the gap between themselves and relegation – but they have to do it without on-loan star Joe Willock, who cannot face his parent club.

The fixture will kick-off at 2pm GMT at St James’ Park.

The match is live on Sky Sports Premier League and Main Event with coverage starting from 1pm GMT.

Newcastle will be without the influential Joe Willock, who has scored as a substitute in each of his last three games, as he cannot face his parent club. Fabian Schar is back after recovering from a knee injury but Matt Ritchie is a doubt due to a calf issue. Karl Darlow, Isaac Hayden, Jamaal Lascelles and Ryan Fraser are all out.

Arsenal captain Pierre-Emerick Aubameyang may be in the squad after recovering from malaria, but the game comes too soon for Alex Lacazette and Kieran Tierney. David Luiz is also available as he returns from a knee injury.

Newcastle have frustrated teams recently and Arsenal will have one eye on the Europa League semi-final on Thursday. 1-1.