Neymar and Scott McTominay were forced to be separated as the pair headed for the Old Trafford tunnel after a feisty first half between Manchester United and Paris Saint-Germain.

Ole Gunnar Solskjaer’s side entered the contest needing a point to advance to the knockout stages of the Champions League, while Thomas Tuchel’s still have it all to do in Group H.

The sides ended the half unable to be separated thanks to strikes from the Brazilian and Marcus Rashford, but the contest saw its fair share of full-blooded challenges from the hosts, much to the Parisians’ frustration. 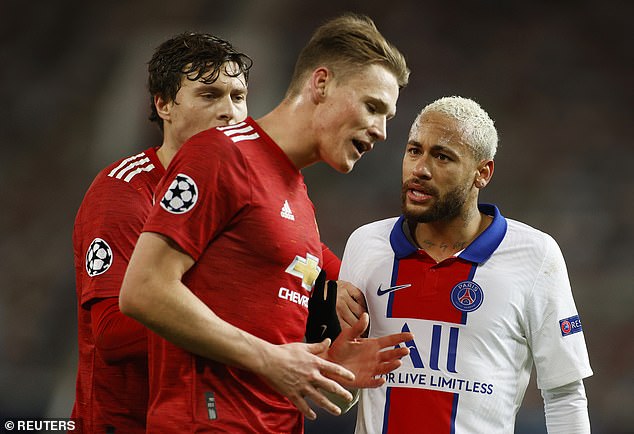 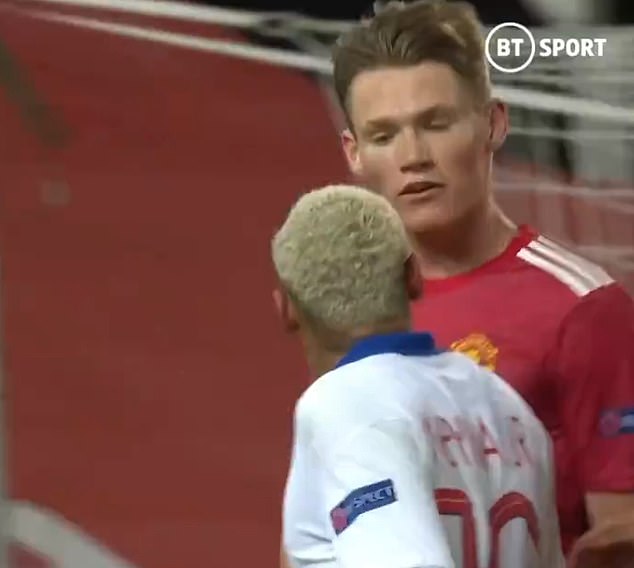 And Neymar was unhappy with a challenge by McTominay, who stepped on the megastar after a coming together between the duo.

As the sides were making their way towards the tunnel, Scottish midfielder McTominay was seen shoving Neymar in the back, to which the Brazilian responded angrily. 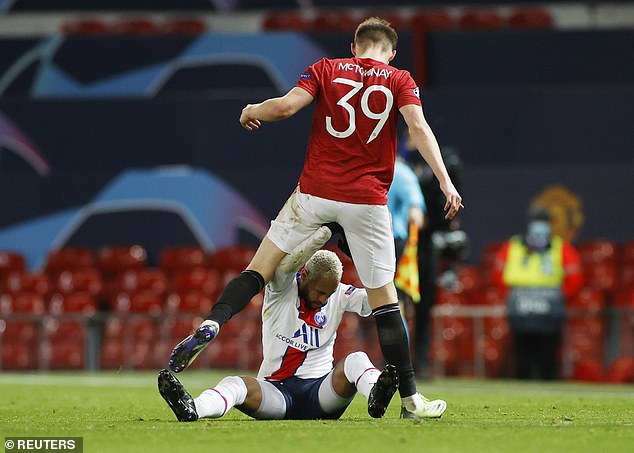 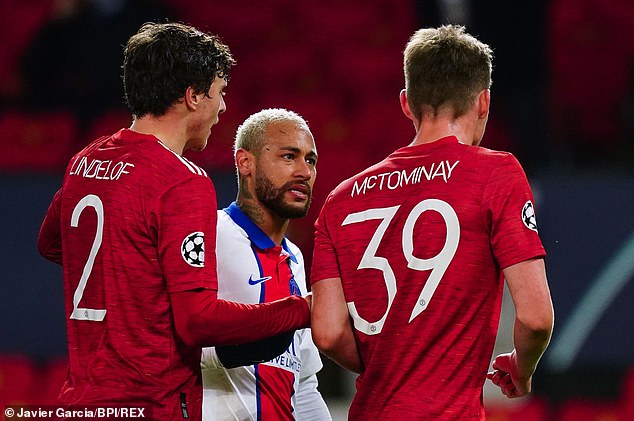 Neymar ran over to the United star to confront him over the barge, before Victor Lindelof intervened in a bid to calm the 28-year-old.

It has been far from a calm encounter, but Manchester United legend Paul Scholes admitted he has enjoyed seeing the feisty affair play out at Old Trafford.

‘That is what I have enjoyed about this game there is a bit of needle,’ the former midfielder told BT Sport.