The NHS will still be allowed to use Manchester City’s Etihad Stadium after the Premier League resumes next month. All football in the UK has been halted ever since March 13 due to the coronavirus outbreak but officials have decided that it is safe to restart the campaign on June 17.

City opened the doors of their state-of-the-art ground to local health services that were on the verge of getting overwhelmed by the scale of the pandemic during lockdown.

The Citizens offered the NHS full use of their stadium for as long as they needed to tackle the COVID-19 crisis which has led to 274,219 cases and 38,458 deaths in the UK.

According to the Daily Mirror, the back-to-back Premier League champions will continue to offer that service once the campaign restarts next month as there will be no fans attending the upcoming games.

JUST IN: Thomas Partey to Arsenal transfer in the balance as Atletico ace focused on La Liga season 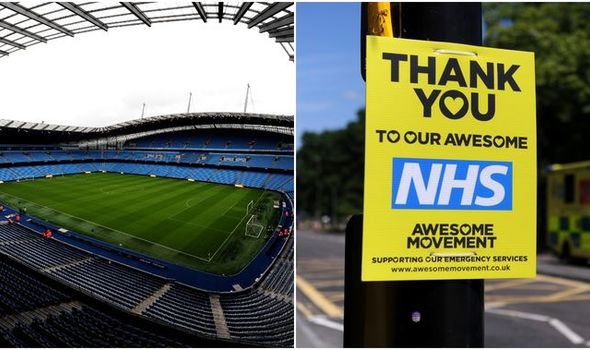 It was decided that all 92 remaining fixtures will take place behind closed doors for safety reasons to prevent a second wave of the disease.

City are adamant that the health of players and officials will not be at risk by the NHS’ continued use of their stadium. 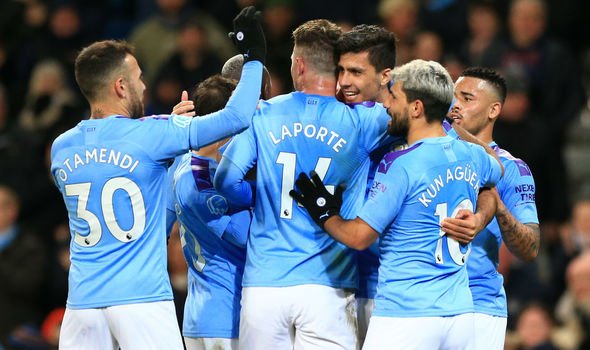 The Manchester giants have allowed over 26,000 health and social staff to use the facilities on offer at the Etihad where more than 350 nurses have undergone training.

An official statement read: “We considered this scenario when we first offered to open up the Etihad for NHS use.

“Inside the stadium itself, it has been a case of allowing access to the suites and executive boxes for things like training and staff meetings.

“Those facilities are only used by fans – and as there will be no fans inside the stadium for some time there is no issue.

“It is the same with the car-parks that are used by NHS staff.”

City were scheduled to take on Arsenal almost three months ago just before Gunners boss Mikel Arteta tested positive for coronavirus and the season was suspended.

The two teams will go head to head on June 17 when the Premier League restarts at the Etihad but everything is going to depend on how the virus is being handled around the nation.

City are currently second in the table with a whopping 25 points separating them from high-flying Liverpool, who are just two wins away from winning their first league title in 30 years.