Mikel Arteta is not one for mixed messages.

When the travails of Nicolas Pepe were raised ahead of the visit of Newcastle, the Arsenal boss left little room for nuance.

‘He needs to have a much clearer picture of the things that are happening on the pitch, why they are happening and how he can solve them,’ Arteta said. 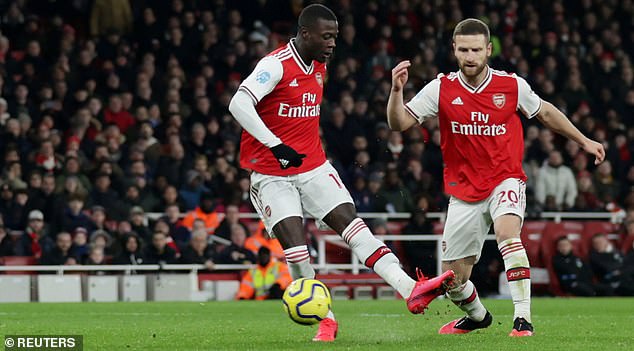 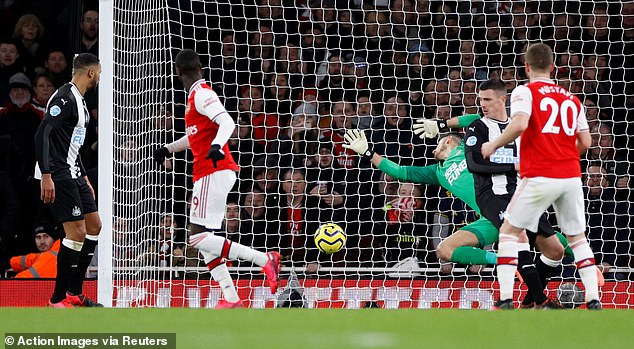 To shake off the £72million millstone that has hung around his neck since a summer move from Lille, Pepe apparently required two things.

The first was help: the record signing was not going to influence games unless provided a platform by those around him.

The second fell directly at the forward’s feet: be more consistent. Only then will the goals and assists come. Only then will he ‘earn’ the run of games he needs to really hit his stride.

In the space of three second-half minutes on Sunday, both parties answered his call.

First Pepe found Pierre-Emerick Aubameyang with a curled cross towards the back post.

It was all too easy as far as Newcastle are concerned, but the visitors had been warned. 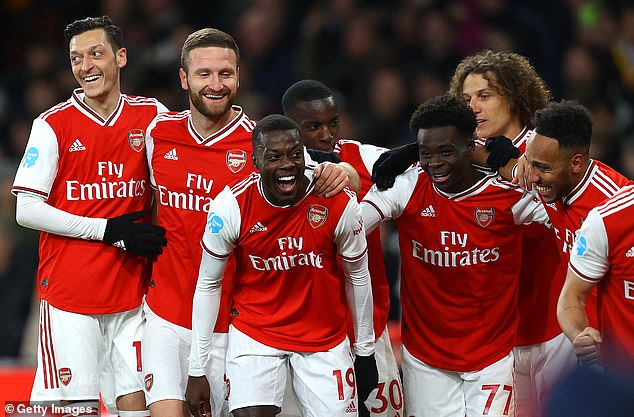 Pepe’s left foot had been a consistent outlet all game. So when Danny Rose and Allan Saint-Maximin stood off him, it came as little surprise that he found his man – and the Arsenal skipper did the rest.

Then came the helping hand.

Again on Sunday, Bukayo Saka was relentless down the left and his quick feet left Valentino Lazaro looking rather silly on the edge of the box.

As the left back looked up, Pepe moved into space. Saka fired in a low cross and Pepe stroked the ball home. With that, Arteta turned back to the bench, gave a huge fist pump and embraced his staff.

To complete a cathartic 90 minutes for player and manager, Pepe then had a hand in Mesut Ozil’s third and laid the ball on a plate for Alexandre Lacazette’s fourth. 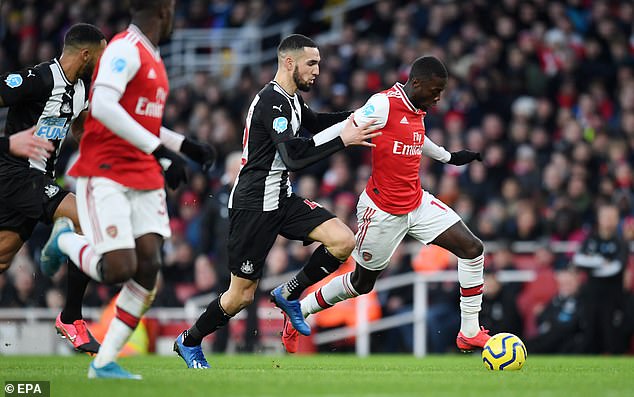 Make no mistake: this was a huge win for the Arsenal boss. Yes, the football and mood had improved in these parts since the sacking of Unai Emery.

But after one victory in his first seven league games in charge – and four in their previous 23 – results had to eventually follow.

And as another game drifted towards frustration, it was extra sweet that Arteta’s call was answered so emphatically.

Particularly after a significant show of faith from the Gunners boss.

After their mini-break in Dubai, Arteta made the big call to hand Eddie Nketiah a first league start in red and white.

It would have been easy to sacrifice Pepe, who has become an obvious lightning rod for much wider discussions about issues in north London. 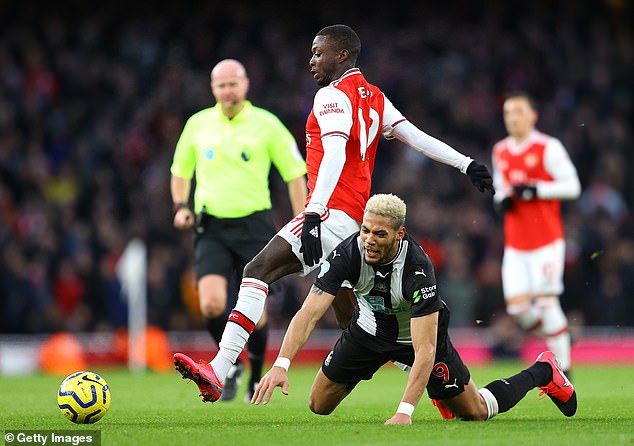 Instead he left Lacazette on the bench, despite the Frenchman’s last nine league goals now coming at the Emirates.

For Pepe, meanwhile, that’s six goals and six assists in his first 28 Arsenal appearances. Hardly earth shattering but a base from which to build, at least.

As Arteta pointed out, there’s no shortage of big-money signings who have struggled to adapt to life on these shores.

More displays like this and Pepe may not join them after all.