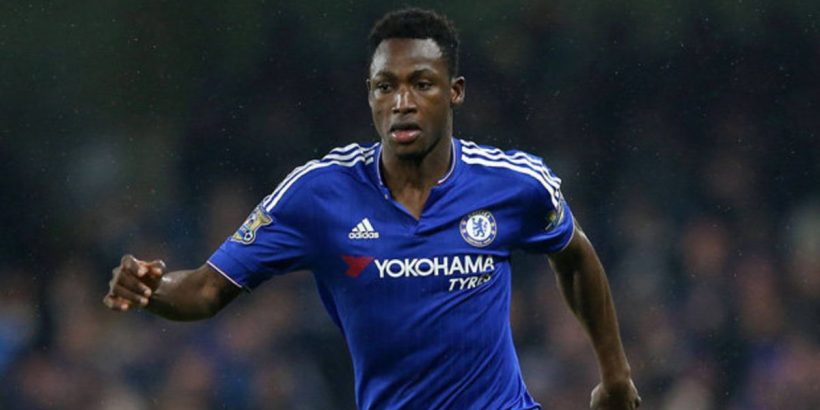 Chelsea will be hoping to build on their impressive start to the season when they travel to the Emirates on Sunday to face Mikel Arteta's Arsenal.

Thomas Tuchel has bolstered his squad this summer by bringing in Romelu Lukaku from Inter in a move worth £97.5million, and he may look to add more names in the final few weeks of the transfer window.

But the Chelsea boss already has a vast squad available for selection, including a number of players who have not featured for the club for a number of years.

With that in mind, here are nine forgotten players who are, believe it or not still at Stamford Bridge.

The Ghanian left-back joined the Blues in 2015 from German side Augsburg but has failed to impress during his time in West London.

Rahman has already been loaned out five times in just six seasons to various clubs across Europe including Schalke, Reims, Mallorca and PAOK.

The 27-year-old hasn’t played for Chelsea in the Premier League since 2016 and he may never do so again.

The Brazilian has failed to live up to expectations since arriving from Brazilian side Fluminense in 2015.

Like Rahman, the 25-year-old has been loaned out multiple times throughout his career at Stamford Bridge, including Watford, Newcastle, Getafe and Granada.

Kenedy hasn’t played a league game for Chelsea since the 2016-17 season and he is unlikely to ever come back into Tuchel’s plans.

Where will Chelsea finish in the Premier League this season? Give us your thoughts in the comments section

Bakayoko’s career in west London started brightly under Antonio Conte, where he played 29 times in Premier League in the 2017-18 season, scoring twice.

But then his time at Chelsea took a dramatic turn for the worst and the Frenchman hasn’t played a Premier league game since.

The 27-year-old has been loaned to Milan, Monaco and Napoli respectively over the past three campaigns and he could be heading for the Stamford Bridge exit door in the near future.

The Italian is another player who hasn’t played for the Blues in years, since arriving from Torino in 2017.

Zappacosta played multiple times under former boss Conte, but has since fallen by the wayside under later managers.

For the past two seasons Zappacosta has been loaned back to Serie A – first with Roma and then Genoa.

If you think Rahman has been loaned out a lot, then that is topped by Baker – who has had no fewer than eight loan spells since signing a professional deal in 2014.

Baker has never played a Premier League game for the Blues and it is doubtful he will ever get the chance to showcase his abilities in west London.

Last season was spent at Turkish side Trabzonspor and you feel it is only a matter of time before another loan move takes place.

Despite not playing for Chelsea since 2016, Miazga still finds himself at Stamford Bridge.

The American central defender has been loaned out in every season he has been at the club and spent the most recent campaign at Belgian side Anderlecht.

The 26-year-old hasn’t left the club on loan this season, but he certainly won’t be playing in the Premier League for Chelsea.

Despite being linked with a departure on numerous occasions, Batshuayi still remains a Chelsea player.

The Belgian has been unable to cement a place in the first-team since joining the club in 2016 from Standard Liege.

The 27-year-old has had loan spells at Borussia Dortmund, Valencia and Crystal Palace and it appears he is off again, with Besiktas reportedly close to agreeing a season-long-loan.

Drinkwater’s arrival at Stamford Bridge was a curious one given the midfield talent the Blues had at their disposal.

Many felt the former Leicester man would struggle for game time and they were proved right.

The 31-year-old made just 12 Premier League appearances in his first season at the club in 2017 and has not made another one since.

Instead, he has spent time on loan at Burnley, Aston Villa and Turkish side Kasimpasa.

When Musonda was recalled from Real Betis midway through the season in 2017, it could have been the start of a successful career in a Chelsea shirt.

But the Belgium international hasn’t played for the Blues since 2018 and has instead spent time at Celtic and Vitesse on loan.

The 24-year-old has disappeared from the limelight, but like all the players in this list Musonda still remains a Chelsea player, for now at least.