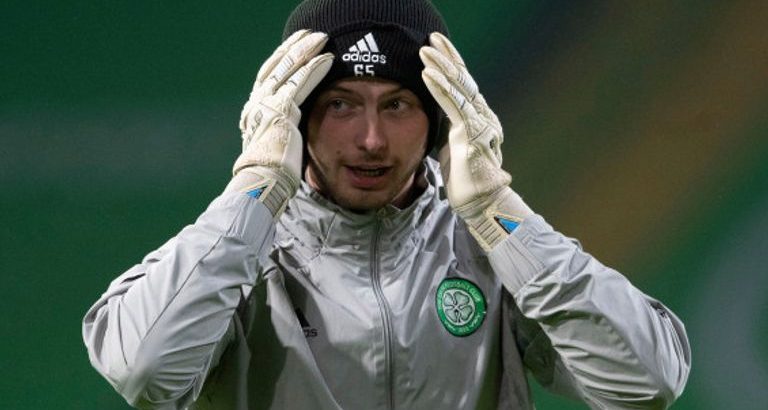 Conor Hazard will make his first start for Northern Ireland against the USA, Ian Baraclough has told Sky Sports News.

Baraclough says his decision to start the Celtic goalkeeper in the friendly against the USA on Sunday – live on Sky Sports – was made ahead of Northern Ireland’s previous fixture, against Italy.

Bailey Peacock-Farrell was chosen to start in goal for the 2022 World Cup Qualifier. He received criticism for his performance in Northern Ireland’s 2-0 defeat, although Baraclough says he is happy with the Burnley keeper’s development.

Hazard’s only previous appearance for his country came as a late substitute in a friendly against Costa Rica in June 2018.

He came on in the 73rd minute of the game, with Northern Ireland already 3-0 down in San Jose.

Hazard has played only six times for Celtic this season, with his most recent appearance coming in their 0-0 draw at home to Livingston in January.

The highlight of the 23-year-old’s season so far will no doubt be saving two penalties in Celtic’s shootout victory over Hearts in the final of the 2019/20 Scottish Cup, which was delayed until December.

As well as Hazard, Accrington Stanley striker Dion Charles is also expected to feature for Northern Ireland against the USA. The 25-year-old – who was born in England – is with the squad for the first time, and is set to make his debut at Windsor Park.

Charles’ fellow striker Kyle Lafferty will captain the side for the first time, while Newcastle defender Jamal Lewis could be fit to play after returning to training following the groin problem that kept him out of the Italy defeat.

Following Sunday’s friendly against the USA, Northern Ireland will resume their World Cup qualifying campaign at home to Bulgaria on Wednesday, also live on Sky Sports.