Wolves boss Nuno Espirito Santo admits his players may have become complacent after they lost their unbeaten home record.

Watford scored twice in 58 seconds to bag a 2-0 win at Molineux on Saturday to inflict the hosts’ first home league defeat since January.

Etienne Capoue and Roberto Pererya netted in quick succession midway through the first half as the Hornets leapfrogged Wolves into seventh in the Premier League. 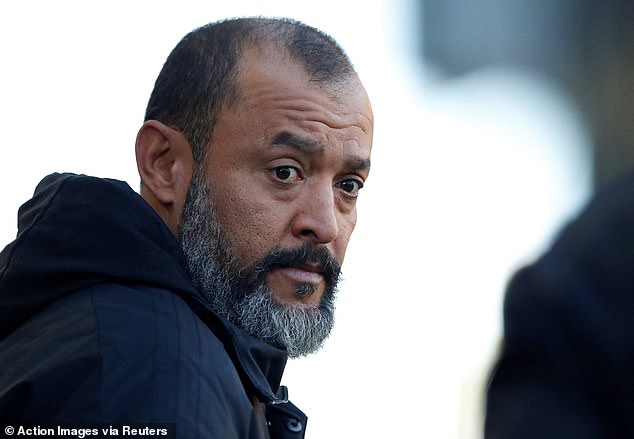 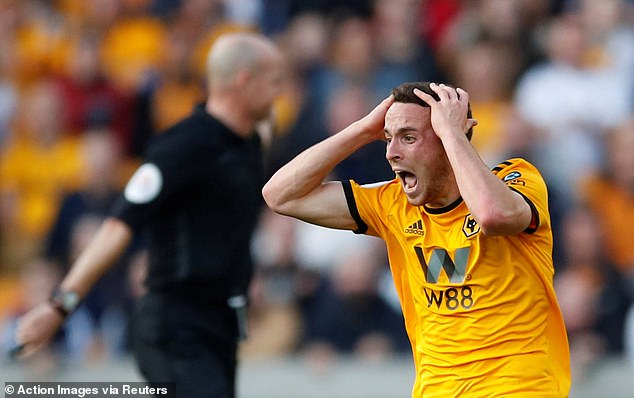 Nuno has named the same starting line up in all nine top-flight games this season but conceded his players may have got too comfortable.

He said: ‘The week will dictate the decisions we have to make for the next game. It’s a good question and a good point.

‘We didn’t play well, we didn’t perform. It was disappointing day for us.

‘The first goal comes from bad passing, allowing Watford to move the ball, but when you concede you must control the situation.

‘You cannot – in that immediate reaction – make another mistake, then it becomes much more difficult.

‘In the second half we showed some character. Even when we lose how we lose is important.’ 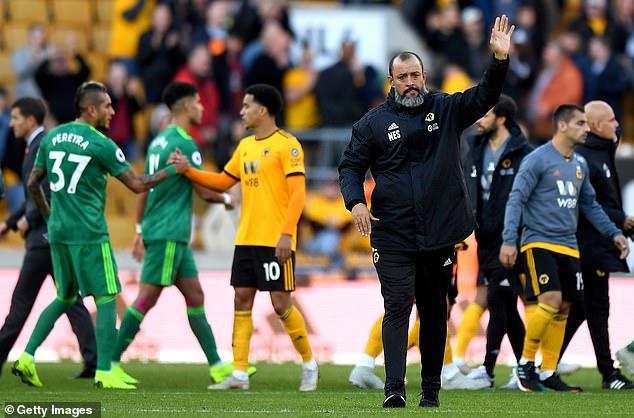 Capoue struck from 30 yards after 20 minutes and, less than 60 seconds later, Wolves gave the ball back after the kick-off to allow Pererya to coolly lift the ball past Rui Patricio.

It was Watford’s first win in six attempts in all competitions and Capoue believes they rediscovered their form which saw them win their opening five games.

He told the club’s official site: ‘It’s the game we used to play at the start of the season. We had to bounce back after Bournemouth (a 4-0 defeat).

‘We showed we can score goals and we can defend and get a clean sheet.

‘It was good for us to come here because we knew it was tough but we wanted to show them we wanted to be above them.

‘We told the guys (who came in to the team) now it’s the time to work and show what you can do. They did it very well.’ 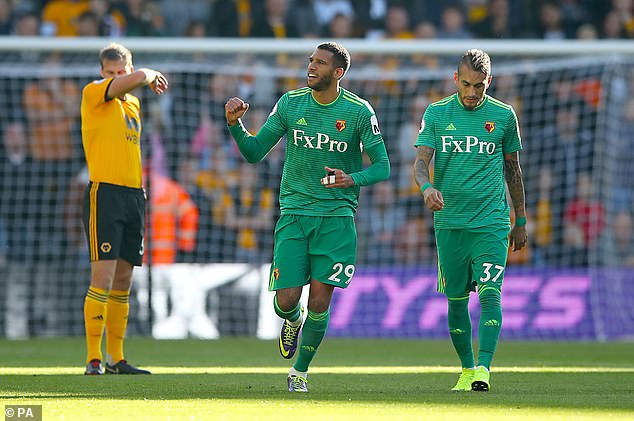