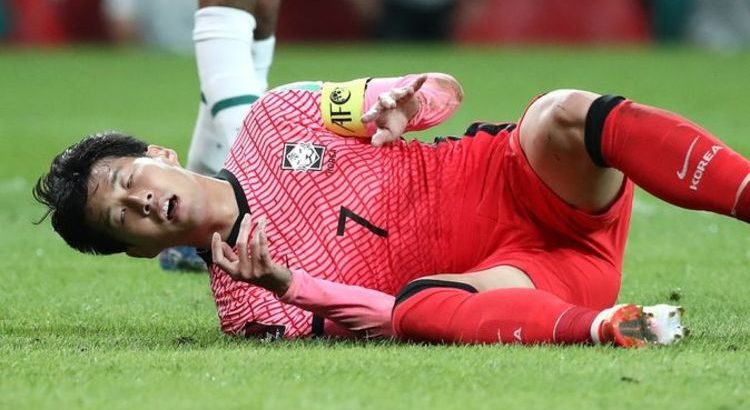 Nuno speaks ahead of Tottenham game against Crystal Palace

Tottenham manager Nuno Espirito Santo refused to rule out the possibility of star forward Son Heung-min being sidelined for some time after he picked up an injury on international duty for South Korea. The 29-year-old returned to London early after being left out of the squad to take on Lebanon earlier this week.

And it appears as though he has an issue with his calf which he picked up in the draw with Iraq last week.

But Nuno’s comments ahead of the match versus the Eagles will leave supporters worried that the player could be out for even longer than first expected.

“Some of our players came (from the international break) with issues,” Nuno said. “Sonny is not so well. Let’s wait for the club to make the announcement.”

When pushed on whether this could mean Son being out for a number of weeks, he replied: “I don’t know. Let’s wait and see. The doctors will make the analysis.”

The loss of Son would come as a huge blow to Spurs, who top the table following three wins out of three in the Premier League, with Son getting two goals in that time.

And they are facing something of a selection headache for the weekend, and could be missing up to seven first-team players.

Giovani Lo Celso, Cristian Romero and Davinson Sanchez are definitely out after going to play in red-listed countries in South America.

Steven Bergwijn, Oliver Skipp and Ryan Sessegnon, meanwhile, are also all injury doubts along with Son.

When asked about the situation regarding his South American squad members, Nuno appeared less than impressed with how things have been handled.

“I don’t know what’s going to happen,” he added. “Every time that an international break comes on it’s always a concern for us, to manage as a group because you cannot control.

“There is nothing much more that I can say that will avoid or find a solution for this problem.

“With FIFA, UEFA and the Premier League, they know that we have a big, big issue among the clubs, so I hope they solve it.

“I hope they solve it, but nothing I’m going to say is going to bring a solution to it.”

And they then face a huge London derby against Chelsea the following Sunday.