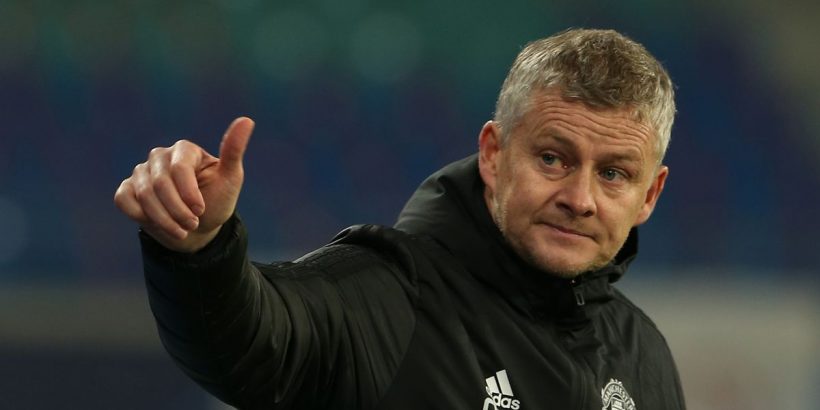 Ole Gunnar Solskjaer has explained why he made four changes for the clash against Aston Villa on Friday night.

Solskjaer rang the changes for the game with Villa as the busy festive period rolls on, having picked up a 1-0 win over Wolves last time out.

Anthony Martial replaced Edinson Cavani up front as the Uruguayan begins his three-game ban over a social media post after accepting an FA charge.

Elsewhere, Luke Shaw replaced Alex Telles at left-back to give the Brazilian a rest.

Explaining the changes, Solskjaer told MUTV: “We rotate, we want energy, Scott and Fred have done really well, to bring those two in is easy.

“Anthony was sharp, that was a rest for him, we more or less expected Edinson to be out so to have Anthony fresh was important.”

Villa sat fifth in the Premier League before the match, and have performed well above expectations this season.

And Solskjaer admitted that he was expecting a tough game against Dean Smith’s side.

He added: “They're in great form, they keep on going, they have players who are fit, you don’t see any weakness.

“It’s a very hard task we’ve got in front of us but one we want to attack with a positive mind," said Solskjaer.

“You've got to earn the right to find spaces, we have to play quickly, we know they’re good on counter attacks.

“Can we stop them and go forward ourselves quickly? They’re very fit, they’re strong, compact, we won’t create space if we’re playing slowly."