Ole Gunnar Solskjaer HITS BACK at old team-mate Gary Neville as he tells him ‘it’s not the time’ to lay into Ed Woodward because Man United are ‘making strides forward’ (despite being 30 points behind Liverpool!)

After the game Sky Sports pundit Neville called for United executive vice-chairman Ed Woodward to be sacked over the club’s recruitment since he took over in 2013. 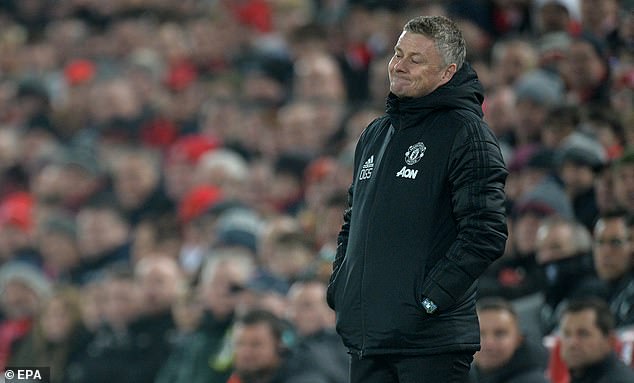 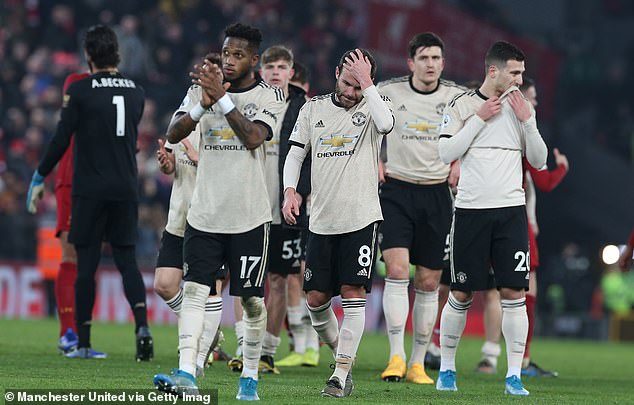 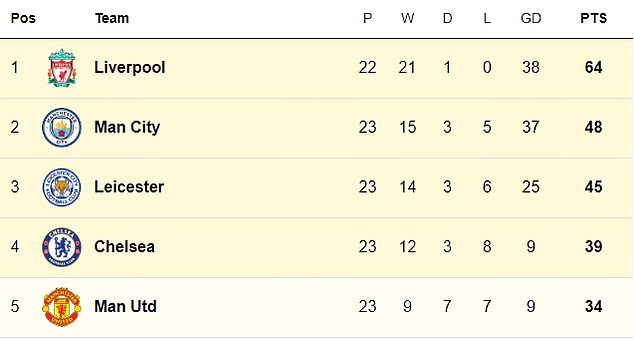 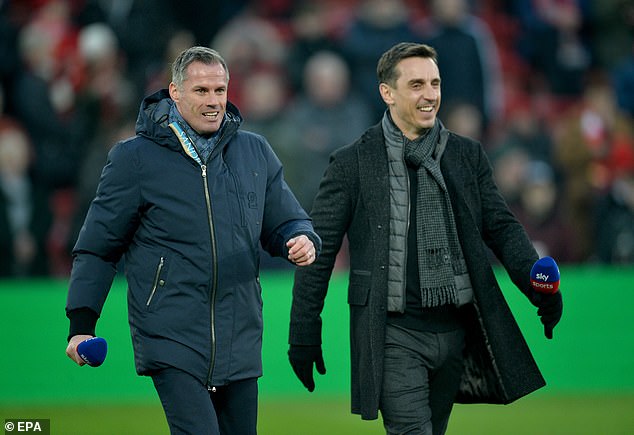 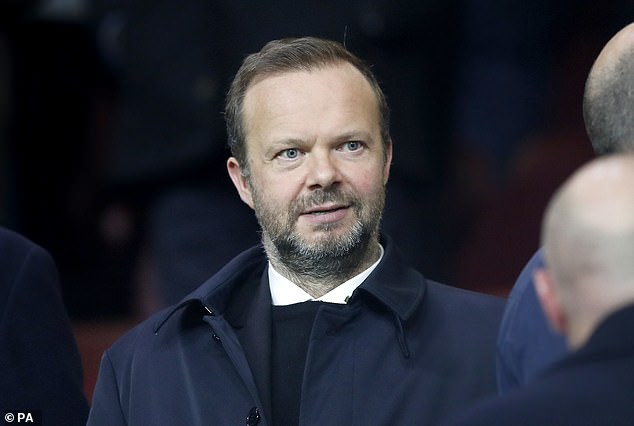 United’s 2-0 loss to their old rivals on Sunday opened up a huge 30-point gap between the two clubs.

However, Solskjaer drew encouragement from the fact that his team only conceded a second goal in injury-time to the unbeaten Premier League leaders when Mohamed Salah added to Virgil van Dijk’s first-half header.

‘We’ve lost to Liverpool, a team that you all say are fantastic and we’ve been in the game until the last kick of the ball – for me, that’s strides forward,’ said Solskjaer.

‘Of course, we’re disappointed losing the game. We don’t want to be behind them in the league, but there were signs there that we are on the right track, definitely. 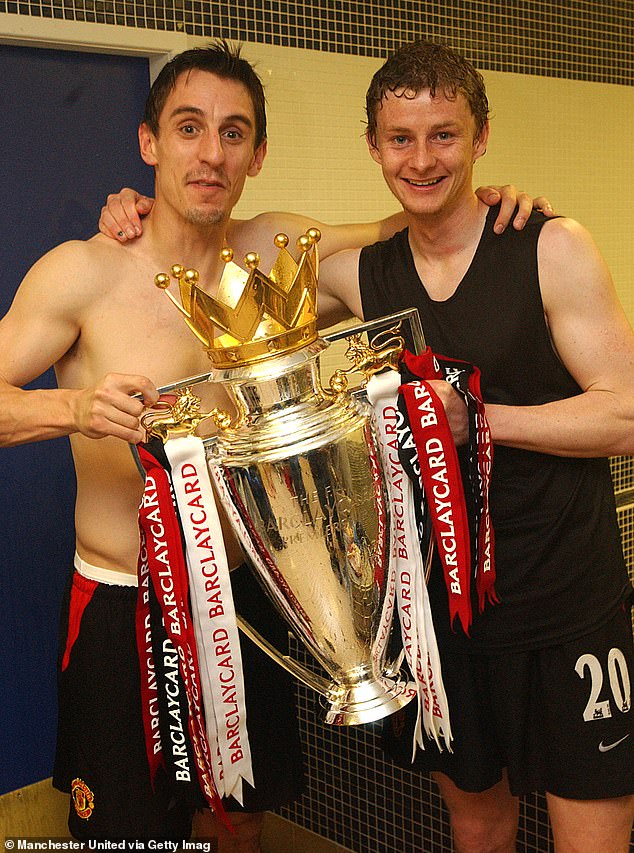 Neville and Solskjaer celebrating winning the Premier League in 2003 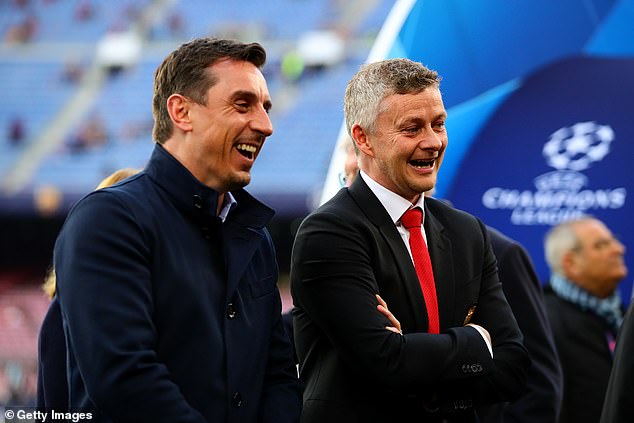 ‘You can look back at history and, of course, we know we’re not where we want to be and should be and historically have been. It’s just down to us now to work better.

‘I’ve been here 13 months, and my experience with the players we’ve brought in has been good so no complaints whatsoever.’

United remain in talks with Sporting Lisbon over a deal for £60m-rated Bruno Fernandes, and Solskjaer added: ‘You’re never 100 per cent sure something’s going to happen until it happens so we’ll update you.’ 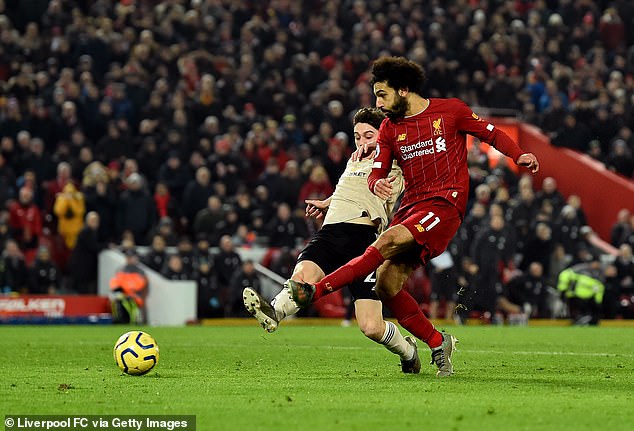 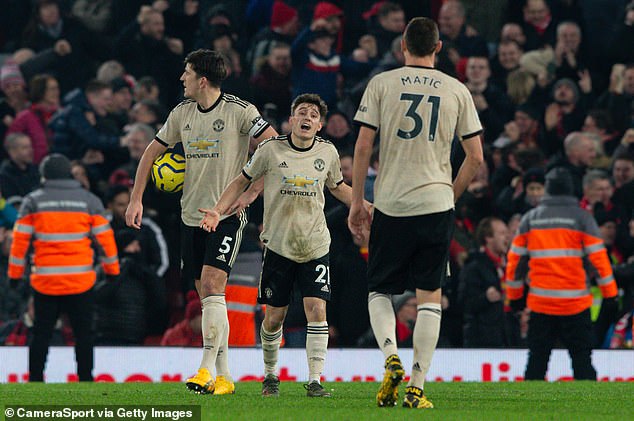