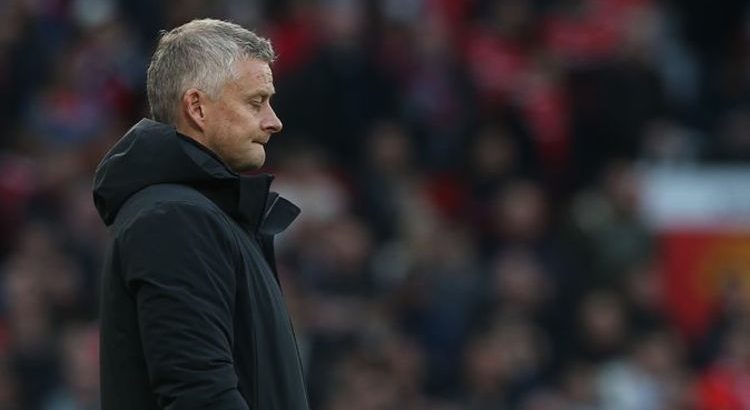 Manchester United are weighing up the future of manager Ole Gunnar Solskjaer. The Red Devils have won three of their last nine games in all competitions and their humiliating 5-0 defeat at the hands of Liverpool was the final straw for most fans.

Talks are ongoing as to whether Solskjaer will remain in charge at the club, or if a more experienced and successful coach could take United up a level and compete for silverware.

However, it appears that the management is not the only issue behind closed doors, with some players coming under fire for recent performances and some staff being unimpressed by individuals.

According to The Athletic, club insiders are growing frustrated with right-back Aaron Wan-Bissaka and feel he is still failing to live up to his price tag.

The defender arrived from Crystal Palace in 2019 for £50million after an impressive breakthrough year at Selhurst Park and was soon the top priority of numerous Premier League outfits.

The defender has often drawn comparisons with other high-quality fullbacks in the league and there is a general consensus that he is one of the best defensively, but his offensive ability is his area of weakness.

The report goes on to say that although blame could lie with the management and training drills, the player needs to show increased application in order to improve.

Wan-Bissaka was one of Solskjaer’s first signings as United boss and it was believed that the prospect could solidify the defence for many years to come, and he has very rarely been dropped since his arrival.

But some feel he hasn’t improved for the move, and on several occasions against Liverpool the fullback looked lazy when retreating and his pressing was quite erratic and left his teammates vulnerable more often than not.

The report goes on to say that Solskjaer’s fate is still unconfirmed and if he stays then, of course, a priority must be shoring up the defence which will rely on Wan-Bissaka stepping up to the mark.

However, if Solskjaer is sacked, then there is every chance that the defender could closely follow him out the door.

Former Chelsea manager Antonio Conte has been heavily linked with being very keen on the potential Red Devils vacancy and is waiting for an approach from the club, and his 3-4-3 system could see the fullback exposed.

If deployed as a right-wing back then Conte will expect the 23-year-old to work his socks off to be a presence in the final third and provide width, but also race back to form a strong, solid back-five when out of possession.

At Chelsea, Conte played Victor Moses in the role, who flourished due to how expansive the system was and how it gave him plenty of time on the ball and space to work with.

The Nigerian scored three and assisted two in Chelsea’s 2016/17 title-winning side, which are figures that Wan-Bissaka should be able to surpass if he improves upon his end product and is given opportunities by Conte.

In the current climate, any young English prospect will attract an inflated fee – see Benjamin White joining Arsenal from Brighton for £50m – however, the significant figure can leave a sour taste.

Wan-Bissaka is still a very capable fullback and will improve as he develops, and potentially Solskjaer’s system does not bring out the best in him, but whether he will survive a summer shake-up remains to be seen.

The former Eagles defender could even be played as a right-sided centre back if Conte is appointed and wants Wan-Bissaka to be involved in his squad.