Greenwood, 19, has been absent from training due to illness over the past fortnight and is unlikely to return against West Brom on Saturday, but the United boss recalled exactly where the striker was this time last year in order to offer some perspective into his rapid rise.

“If we go a year back, I left him out of the Carabao Cup against Chelsea. Mason stayed back and played against Doncaster in the Checkatrade (Trophy) to get game time and that’s how far he’s come.

“Now he’s got 19 goals for the first team, he’s made his England debut, he scored on his first Under-21s game. He’s had a fantastic development.

“Of course the headlines are going to be there about him when he scores, if he doesn’t play.

“Everyone’s allowed to not be well and if you’re not well, you can’t train.

“He’s now stayed away, he’s been away eight or nine days from training. We’re just starting building him up again.

“I have no doubts about him. He’s got a very good head on him and his talent is there for everyone to see.”

When asked if he was concerned by the fact that Paul Pogba player 90 minutes three times for France over the international break, Solskjaer responded to the contrary, saying he hopes the minutes on the pitch should help the midfielder rediscover his best form. 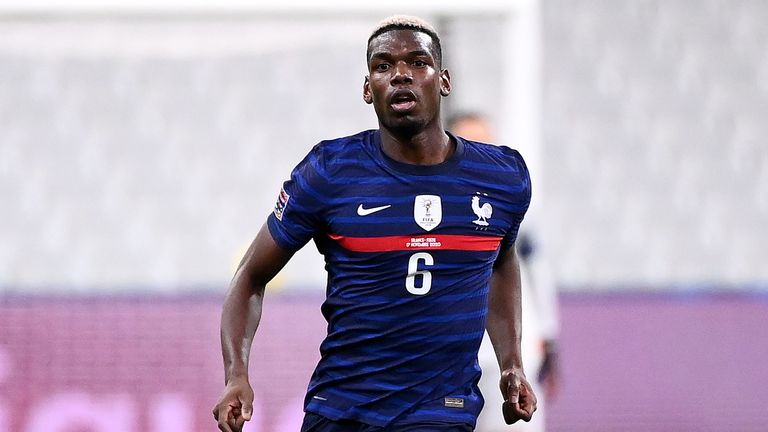 “Paul’s had a difficult season last season, had Covid now, those three games he played for France helped, I spoke to Paul and he felt towards the end of Portugal and Sweden games he felt stronger for it, he played well, they qualified, I think he’s only going to improve,” Solskjaer said.

United have a few concerns ahead of Saturday’s match with West Brom, but Solskjaer says the injury situation is “looking good”.

The Norwegian helped alleviate building pressure on his position in the dugout by winning 4-1 at Everton before the international break.

Solskjaer has had a number of injury headaches to deal with but believes United are well placed as they head into this weekend’s match.

“The short version is Luke Shaw, Jesse Lingard and Phil Jones are the only ones who didn’t join in parts of the training today,” he said.

“Then there are different stages. Some of them had recovery after internationals on Wednesday and travels. Some are just working back after illness and fitness and we’ll make a decision tonight.

“But most of them have joined in today and then some joined in yesterday, so it’s looking good.”

On Marcus Rashford’s fitness, Solskjaer said: “Marcus joined in the first time today. Hopefully there’s no reaction. I’m not sure.”

But he said Eric Bailly was not ready to return, while Victor Lindelof will be assessed on Saturday as he is struggling with a back problem.