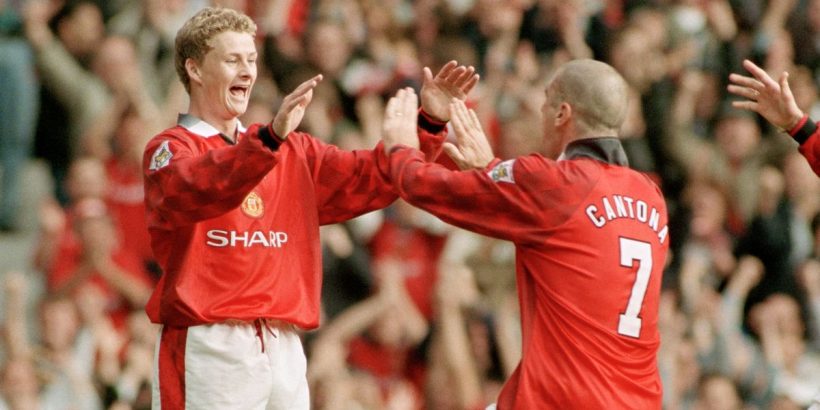 Solskjaer, who has been in charge of United for close to three years, arrived from Norwegian outfit Molde in the summer of 1996 after Ferguson missed out on a £15million deal for England striker Alan Shearer.

The legendary Red Devils boss did not expect his 23-year-old recruit to be involved in senior football during the first half of the 1996/7 campaign, tipping him to spend it in the reserves.

“I don’t think anyone expected anything from me,” Solskjaer said when looking back at his move to United in an interview with The Times.

“Nobody outside Norway, anyway. In my first chat with Sir Alex he said, ‘Well, we’ll give you the first six months in the reserves and in the second half of the season, maybe you can join in with the first-team set-up and play some games.’"

Where do you rank Ole Gunnar Solskjaer amongst Manchester United's greatest ever strikers? Let us know in the comments section below.

United got their season up and running with a 4-0 Charity Shield thrashing of Newcastle and a 3-0 win away to Wimbledon which included an iconic halfway-line strike from David Beckham.

But following a disappointing draw against Everton, and with star striker Andy Cole out injured, Ferguson needed options for their next fixture against Blackburn.

Solskjaer had got on the scoresheet twice for United's reserves that same evening, meaning he earned an unexpected call-up from the Scot. They were trailing 2-1 with 26 minutes remaining at Old Trafford when Fergie turned to his bench and brought on a man who would eventually become his greatest super-sub. On came Solskjaer and, within six minutes, he fired a volley at goalkeeper Tim Flowers before hammering home the rebound – proving to his manager that he was more than ready.

“My first volley was not the best, but Flowers just pushed the ball back to me, and the second one was a bit more clinical," he recalled. "I just remember turning and Eric is the first one celebrating, coming towards you — and that’s when you realise you’ve done something great.

“It’s funny, but I came on as a sub against Blackburn and scored after six minutes on the pitch when I got my last goal for United too [in 2007].

“I should have scored a couple more [in 1996]. I had a left-footed strike from outside the box that I should have buried.

“I’m happy I didn’t, because the expectations that would have followed me would have made it harder. But with the goal I think I had made a little statement to the gaffer: ‘I am more ready than you think.’”