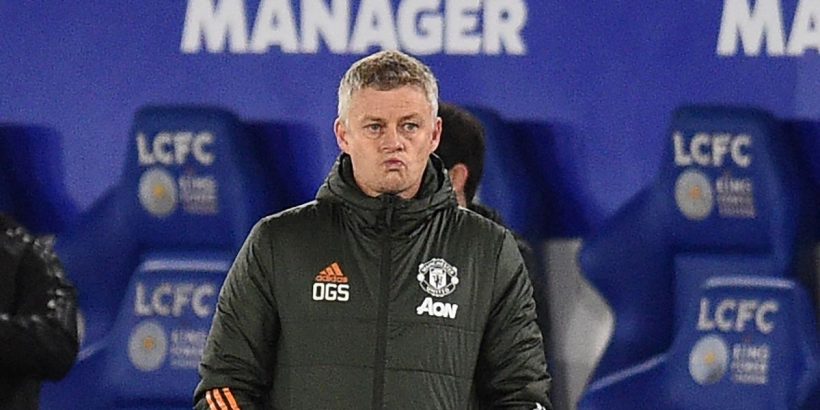 Pressure is beginning to mount again on Ole Gunnar Solskjaer after Manchester United's FA Cup exit – and Danny Murphy believes he could face the sack if the club end the season trophyless.

Solskjaer watched on as his side were beaten comfortably by Leicester on Sunday as they were dumped out at the quarter-final stage.

The draw for the next round has pitted Leicester against Southampton, which now looks to be a real missed opportunity for United to reach their first final under Solskjaer.

Already this season the Red Devils were knocked out of the Champions League in the group stages, along with the Carabao Cup semi-finals by rivals Man City.

And Murphy now feels failure to win the Europa League could cost Solskjaer his job.

"They can’t be blaming tiredness for a loss at Leicester in the FA Cup and their squad not being strong enough,” Murphy told talkSPORT .

"United competing in the Europa League is not good enough, first and foremost, the fans know that, the club know that and Ole knows that.

“Not progressing in the Champions League was a massive, massive blow for them. Yes, they’re going to get in the top four… but so they damn should!

“He’s in a position for me where the Europa League, for me, has become monumental for him and the club."

United were disappointing at the San Siro on Thursday but scraped into the last eight thanks to Paul Pogba's winning goal moments after coming on as substitute.

Spanish outfit Granada await in the next round, while the winner or Ajax or Roma will be United's semi-final opponents should they progress, as Arsenal's route to the trophy takes place on the other side of the draw.

Providing United keep up their Premier League form they will not have the added pressure of ensuring Champions League qualification by winning the Europa League, but Murphy insists coming out on top could be essential.

“I like him and I’m not one who wants to see managers sacked and I do think they’ve made some strides forward, but Manchester United have to be doing better," the pundit added.

“If they don’t win the Europa League and only finish in the top four then I think they’ll make a change.”