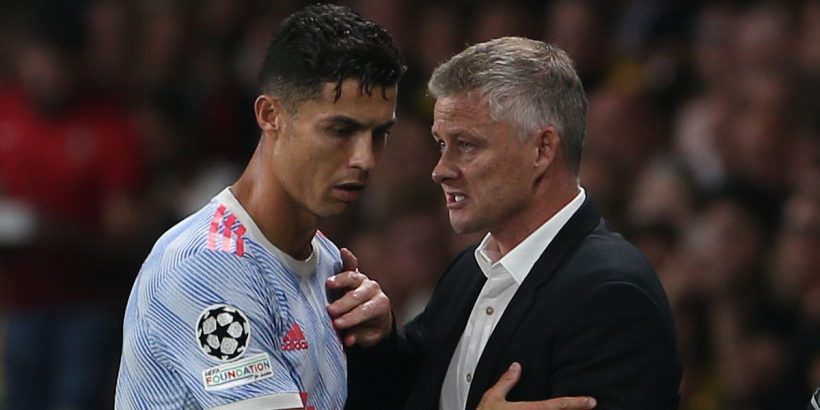 United appeared to be in control when Ronaldo scored the opener in the 13th minute, but momentum swung in favour of Young Boys after Aaron Wan-Bissaka received a straight red card before half-time.

Solskjaer then made several controversial decisions to substitute certain players which left United on the back-foot against far weaker opposition on paper.

Notably, Jadon Sancho and Donny van de Beek were replaced by Diogo Dalot and Raphael Varane as the Norwegian opted for five at the back.

Solskjaer then opted for even more seemingly negative changes, with Nemanja Matic coming on for Bruno Fernandes and Jesse Lingard replacing Ronaldo, who holds the record for most Champions League goals ever.

Lingard offered very little after entering the fray, before going on to gift Young Boys the win with an aimless pass back into his own penalty box which the opposition pounced upon.

And United fans have made their anger felt towards Solskjaer’s questionable reasoning for the Ronaldo sub, having said after the match: “We have to look after him [Ronaldo] as well.”

One supporter angrily tweeted: “He [Solskjaer] overthinks man-management and rotation too much. Ronaldo has played only one game. We haven’t even played 10 games this season.”

Do you think Man United will ever be an elite side with Solskjaer in charge? Let us know in the comments section.

Another added: “Ole is out of his depth. How many more times will he cost us before we make a change?”

This sentiment was shared by another supporter, who wrote: “None of them need to rest, they’re professional athletes. Cristiano is a machine and Ole replaces him with Lingard.

“Ronnie’s head must be doing flips.”