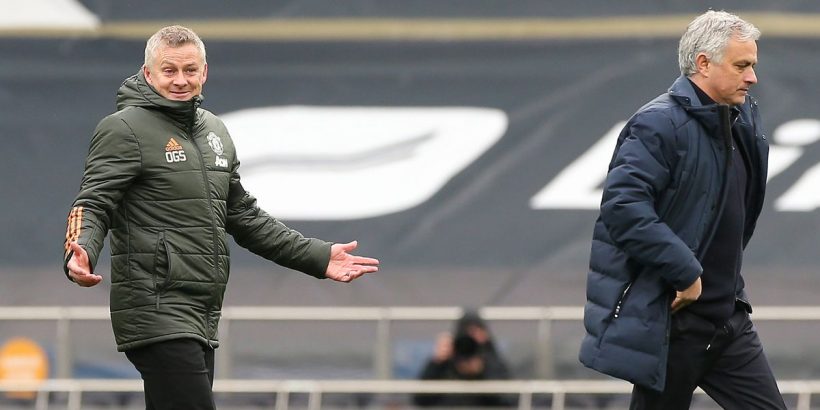 Manchester United boss Ole Gunnar Solskjaer has rejected the suggestion that his side finishing second in the Premier League is an achievement.

His side have a strong grip on second spot in the Premier League going into the final two rounds of fixtures and three more points would clinch the position for the second.

It would be an upgrade on last year’s third-placed finish under the Norwegian – the first time the club has secured successive top four finishes since the retirement of Sir Alex Ferguson.

However, Solskjaer did not accept the idea that United finishing second would be an achievement for the club – which goes against comments from his predecessor Jose Mourinho.

The Portuguese boss guided the club into second in the 2017-18 campaign – either side of a sixth-placed finish and lagging 19 points off the title pace in December the following season, which saw him dismissed.

Mourinho constantly referenced a top-two finish with United as a proud achievement and equivalent to winning titles at other clubs, but Solskjaer was not in agreement.

Solskjaer told reporters on Monday ahead of his side’s clash against Fulham : "The competition now is a lot harder than when I was a player. Three, four, maybe five teams that can challenge for the top two positions.

"For the last few years they have been taken by the same two teams and for us to go into them and divide them it’s good, it’s a good performance but we can’t say it’s an achievement, it’s not an achievement.

"We’ve taken steps as a team but we’re not where we want to be, we know we have some deficiencies as a group there’s parts of the game that we need to improve on but I’ve felt we’ve made strides in most places and I’ve been very pleased with the players and I’ve got to say I’ve been impressed by them but we want to take the next step as well."