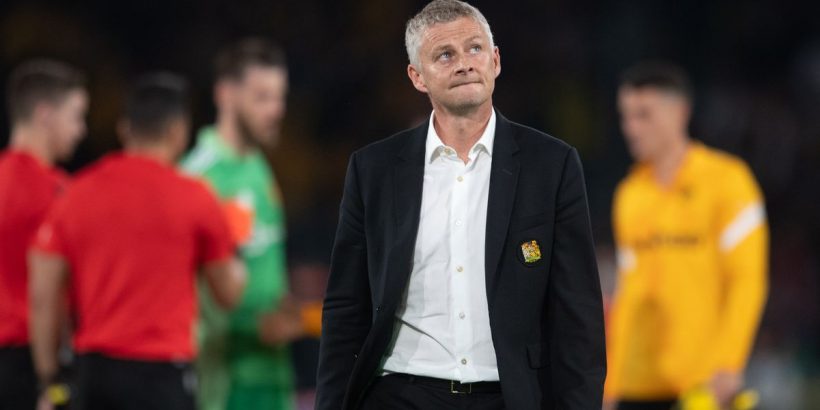 Ole Gunnar Solskjaer's shocking Champions League form has come to light after yet another disappointment in the competition.

Manchester United were defeated by Young Boys in extraordinary fashion on Tuesday night.

The Red Devils were cruising when Cristiano Ronaldo scored the opener, his third in two games as he settles into life well at Old Trafford.

But a red card to Aaron Wan-Bissaka saw United crumble in Switzerland with David Wagner's side coming back in the second-half.

The home side completely transformed the match and took control despite United boasting the likes of Ronaldo, Paul Pogba, Bruno Fernandes and Jadon Sancho.

Moumi Ngamaleu fully deserved his equaliser just after the hour mark but the worst was the come.

Jesse Lingard, thrown on for Ronaldo, tried a lazy pass back to David de Gea that was easily intercepted in the 95th minute.

It gave Theoson Siebatcheu the simple task of netting past the Spaniard to hand Young Boys the three points in embarrassing fashion for the Red Devils.

But in truth it was the least the Swiss outfit deserved after dominating the second-half to leave another blot on Solskjer’s European record.

It means that United have now lost seven of the 11 Champions League matches that the Norwegian has taken charge of.

That is astonishing considering the level of players that the former Molde manager has at his disposal.

Young Boys have been tipped as the easier of the three opponents in the group for United, as well, with Atalanta and Villarreal joining them.

Last season, United were knocked out of the tournament at the group stage after losing to RB Leipzig, Paris Saint-Germain and Istanbul Basaksehir.

But Solskjaer has insisted that they are not down yet with five games still to play.

"Of course we've lost the opportunity to get three points but we've got two home games next and got to focus on them two.

Can Solskjaer lead United to European glory? Comment below

"Lack of concentration, make a mistake and you get punished. You get done. We did that last year in Europe.

"Today in the last seconds Jesse just wants to play it safe and just one misplaced pass and you've conceded a goal. Aaron's normally a very, very astute tackler – one of the best in the world.

"We know we've given ourselves a more difficult task than what we did last year but everyone thought we were through after two games last year."