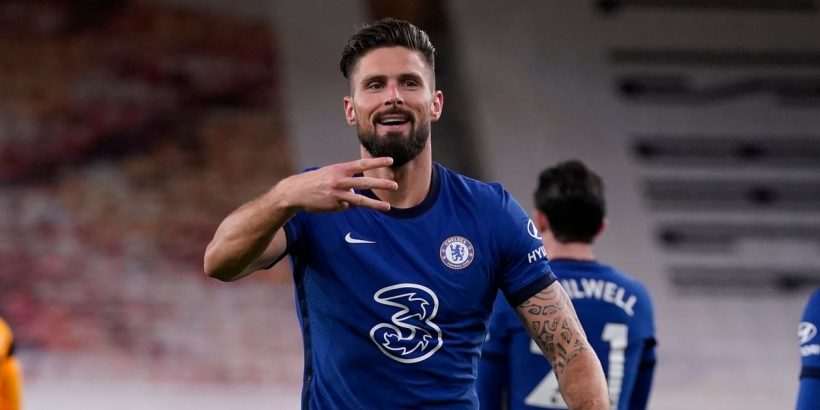 Chelsea and France international Oliver Giroud has added further fuel to speculation that he could leave Stamford Bridge for AC Milan this summer.

Giroud’s deal was set to expire at the end of this month but he revealed it was the club's decision to activate a clause which extended his contract for another year.

The striker scored 11 goals in all competitions last season and struggled to cement a starting role in the side since Thomas Tuchel replaced Frank Lampard in January, starting only six times under the German.

Giroud has now admitted he is a huge fan of Milan after being questioned on rumours which have emerged in recent weeks linking him to the Rossoneri.

He said: “I want to make it clear that Chelsea reactivated the clause in April and they recently announced it to comply with Premier League rules.

“It's fair to remember that I liked [Milan legends] Marco van Basten and Andriy Shevchenko.

“Milan are a big club and one of the great teams in Europe. But, today, I will not talk about my future at the club because I am focused on the France team and the Euros, which is fast approaching.”

Do you think Giroud will leave Chelsea this summer? Let us know in the comments section.

The 34-year-old has been named in Didier Deschamps’ 26-man squad for the Euros despite his lack of minutes at club level this season.

Having been a constant in the French starting-11 in previous tournaments, Giroud faces tough competition from rival Karim Benzema who has been called up for the first time since 2015.

Giroud will be looking to add a Euros trophy to the Champions League winners' medal he received last month.