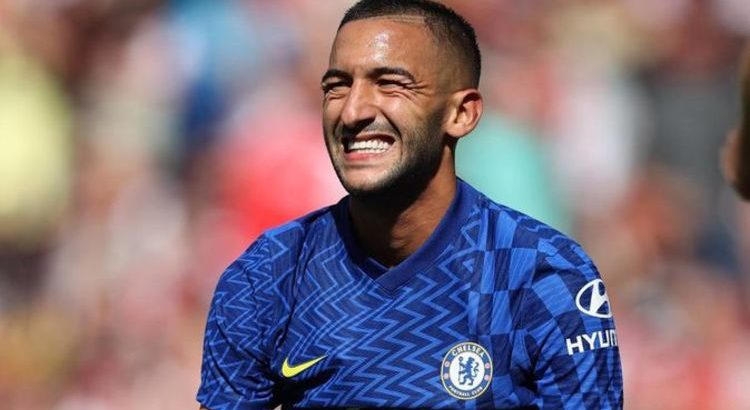 Olivier Giroud has urged Hakim Ziyech to leave Chelsea and join him at AC Milan this summer. The Serie A club are interested in the Morocco international.

AC Milan new signing Giroud has urged his old Chelsea pal Ziyech to make the move to Italy with him.

It comes as the Serie A outfit ramp up their efforts to sign the playmaker despite just one year at the club.

Ziyech has had a bit of a rollercoaster since signing from Ajax last summer as Chelsea’s season went from bad to worse to fantastic.

Initially, injuries and poor form hit the Morocco international but there were periods where he showed why Chelsea forked out nearly £35m for him.

Particular highlights include goals against Manchester City in the FA Cup and vs Atletico Madrid in the Champions League.

But that has not stopped interest growing and AC Milan are desperate to bring the winger to the club.

The San Siro outfit have already been in close contact with the Blues on more than one occasion after signing Giroud, as well as Fikayo Tomori.

AC Milan would like to sign Ziyech on loan but Chelsea insist he is not for sale.

Nevertheless, Giroud would love to be reunited with Ziyech – who is renowned for his ability to cross the ball.

He said: ”Ziyech is a great footballer. We had a very good connection even though we played a few games together.

“He has a big left foot and the more quality players we have in the team, the better.”

And reports in Italy have continued to link the ex-Ajax ace with a move to Milan.

Their interest ramped up after they lost Hakan Caganoglu on a free transfer to rivals Inter Milan after his contract expired at the end of last season.

It has left AC without a creative outlet while club directors Paolo Maldini and Ricky Massara are ready to wait down the clock to negotiate with Chelsea.