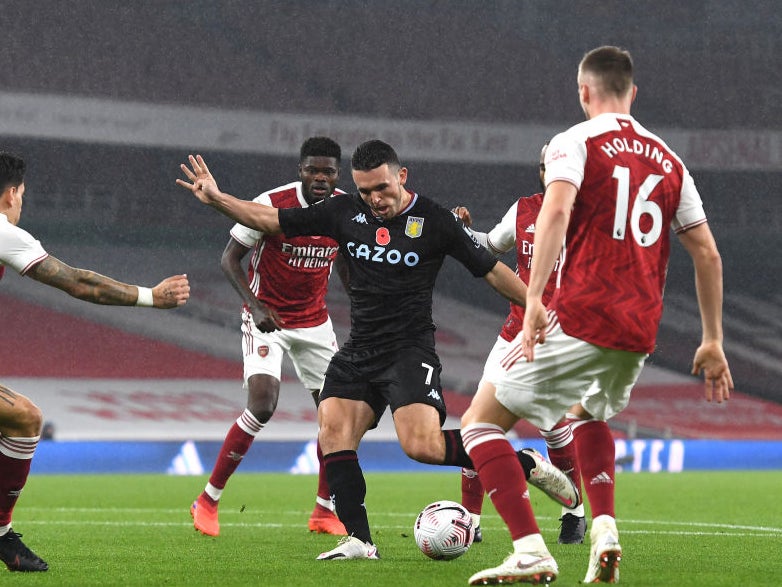 Arteta turned to his bench, introducing Eddie Nketiah and Nicolas Pepe in place of ineffectual duo Willan and Lacazette.

Pepe, who has scored two in two in the Europa League, came close to levelling with a curling strike that whipped wide of the post.

Despite Arsenal looking to add a cutting edge Villa would soon kill off the game in a scintillating three-minute spell.

First, Douglas Luiz’s fine pass picked out Barkley, whose cross was headed in by Watkins from close-range.

It could have been worse for the hosts had Dani Ceballos not been in the right place to clear Grealish’s strike off the line with the Arsenal defence all at sea.

But it would prove only a short respite as Watkins would double his tally for the evening, finishing coolly past Leno after more good work from Grealish.

Arsenal could not muster a reaction in the closing stages as Villa claimed a fourth league clean sheet of the season, just one fewer than they managed in the whole of the 2019-20 campaign.

Huntingdon off on Sunday due to waterlogging