Australia and New Zealand have submitted a joint bid to FIFA for the next edition of the tournament, with officials from Zurich due for an inspection visit of proposed host cities and venues between February 17-22. 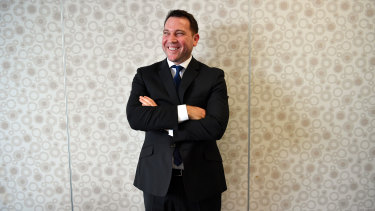 That will be barely a week after the Olympic qualifiers have wrapped up in Sydney, which will host three double-headers next week after the tournament was moved from China over concerns about the coronavirus outbreak.

Johnson is confident a strong and successful delivery of the matches on Monday, Thursday and Sunday in front of big crowds will underline Australia's already proven ability to stage major events to decision-makers at FIFA, as well as showcase the public appetite for women's football.

"I think it sends the right message internationally," said Johnson, who previously worked at FIFA as head of professional football and has only been in the top job at FFA for two weeks. "It will show that we can not only host events, but host events very well at short notice.

"The consideration for FIFA, with respect to the Women's World Cup when this decision arises, is we can do this at short notice in this sort of way – what sort of tournament can we do if we've got three years' notice?

"We'll do a great job and this will certainly strengthen our cause."

The Australia-New Zealand bid is one of four in the running to host the World Cup in 2023, along with Colombia, Brazil and Japan.

No men's or women's World Cup has been hosted by two countries in different confederations, nor has either tournament been staged in Oceania.

A decision on who will host the 2023 World Cup will be made in June.