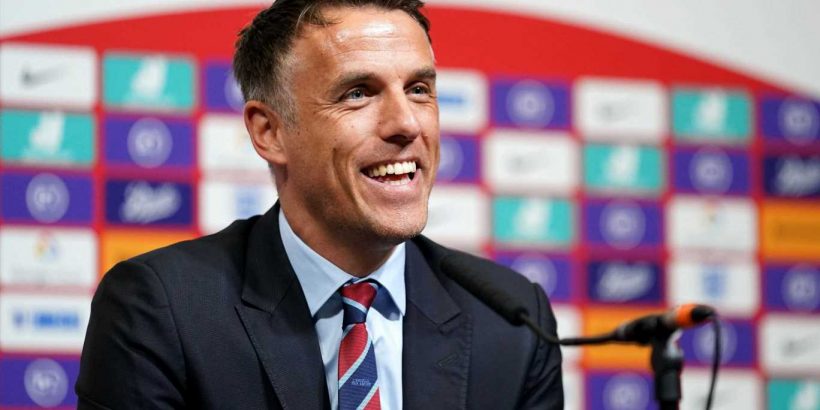 Phil Neville was appointed England manager on this day in 2018 and immediately faced criticism for old tweets featuring sexist jokes.

The Football Association handed the former Manchester United full-back his first permanent role in management after sacking predecessor Mark Sampson the previous September due to “unacceptable behaviour” during his time at Bristol City.

Neville signed a contract until the end of the home European Championship in 2021.

A mixed reaction met the appointment due to Neville’s lack of experience in women’s football and his historic sexist tweets.

Neville was forced to close his Twitter account after old tweets about women “preparing breakfast” or “making beds” were discovered alongside a joke about his wife.

He would go on to guide England to fourth place at the 2019 World Cup after a semi-final defeat by the United States.

England had won the SheBelieves Cup months earlier but Neville would not lead the team into their home Euros after the coronavirus pandemic pushed it back by 12 months.

Neville subsequently left his role at the beginning of 2021, six months earlier than planned, to take over at Inter Miami.

It meant Neville missed out on managing the Great Britain team at the Olympics, but he remains in charge of the David Beckham-owned Major League Soccer outfit.