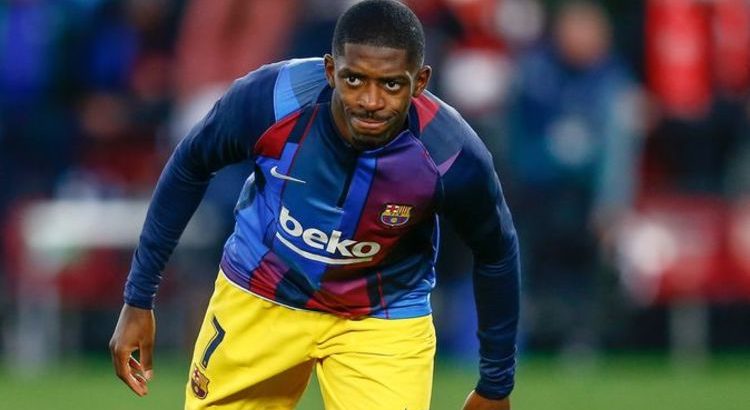 Ousmane Dembele appears set for contract talks with Paris Saint-Germain after his agent leaked the fact the French giants had called him. The Frenchman is in the middle of a stand-off with Barcelona, with negotiations over a new deal having broken down.

Both Barca boss Xavi and the club’s director of football Mateu Alemany have made it clear that Dembele has no route back at the Nou Camp.

The La Liga giants had been hopeful of tying the player they paid £105million for to a new contract, but talks broke down amid Dembele’s wage demands.

As a result, he has been absent from the squad for Barca’s last two games, with Alemany recently disclosing that Barca were now looking to sell him.

“It seems to us obvious that the player does not want to stay at Barcelona, is not committed to Barca’s future sporting project,” he told Barca TV.

“In this scenario, we communicated to him and his agents that he must leave immediately as we want players committed to this project. So we hope there is a transfer before January 30.”

The breakdown in relations appears to have hit a point of no return, with Dembele hitting back at Alemany in a statement released on Instagram.

“Gossip about me has been piling up for four years. It’s been four years since people have spoken for me, shamefully lied with one sole purpose, to harm me,” he wrote.

“As of today, it’s over. From today I will answer honestly, without giving in to any kind of blackmail. I am 24 years old and like every man I have flaws, imperfections.

“As you know, there are negotiations. I let my agent handle it, it’s his turf. My field is the ball, playing football, sharing moments of joy with my teammates. Above all, let’s focus on winning.”

With that standoff showing no sign of breaking, Dembele’s agent has now fuelled that he could join PSG.

As Sissoko walked through the doors at the exit of the terminal, he discreetly showed his phone towards the camera.

The screen of his phone showed that he was receiving a phone call from a contact who had been saved as ‘Leonardo Psg’.

Leonardo is the sporting director at PSG, which has left many to link the apparent phone call with Sissoko’s client.

With his deal at the Nou Camp expiring in the summer, Dembele is able to sign a pre-contract agreement with an overseas club from this month.

That would include PSG, who look set to lose star attacker Kylian Mbappe to Real Madrid at the end of the season.

Dembele could then be set for talks to become Mbappe’s replacement, or it could be a tactic from Sissoko to encourage more interest in his client.