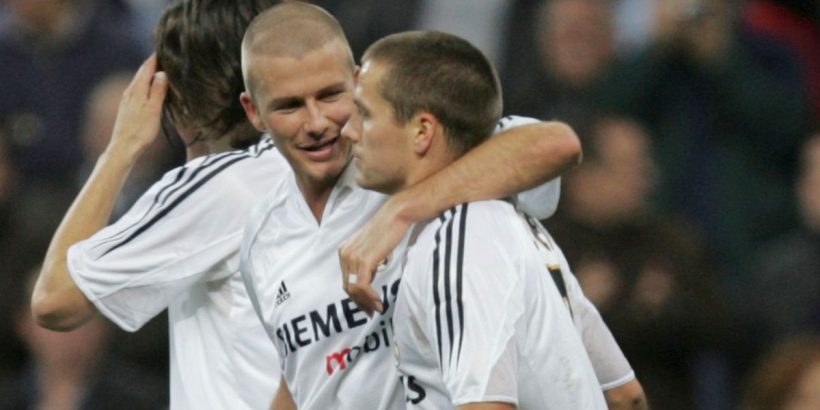 Michael Owen had a brutal reason for not socialising with David Beckham when the pair were team-mates at Real Madrid.

Beckham arrived at the Bernabeu 12 months before Owen, pitching up in Spain in 2003 amid a row with Sir Alex Ferguson.

Owen joined the La Liga giants from Liverpool for £8million in 2004, with Antonio Nunez going the other way to Anfield.

The pair had been England team-mates for some time, so many expected them to form a close bond as two of the only Englishmen playing in Spain.

But former England striker Owen revealed in his autobiography, Reboot, that he and Beckham rarely had much contact away from the football pitch.

Owen said: “As much as we ended up living close to David and Victoria Beckham and were two English families living abroad in the same city, there wasn't much in the way of social life as far as them and us were concerned.

“Given that both Louise and Victoria were quite lonely and both looking after young kids, they'd occasionally see each other while we were training. That was the extent of the friendship, however.

“This perhaps wasn't a surprise given that, by the time we found ourselves in Madrid together, David and I had even less in common than we ever had.”

Beckham and Owen were never exactly two peas in a pod. Goldenballs favoured the celebrity lifestyle, whereas Owen preferred to keep himself to himself.

He added: “I certainly didn't like wearing the trendy gear or mingling among socialite company.

“David and Victoria on the other hand, were both bona fide superstars in their own right.

“They were operating on a completely different stratosphere from a social perspective.

“I never once got the impression I was on the inner circle of David's group of friends.”

Owen’s spell at Real Madrid lasted only one season, with the striker returning to England with Newcastle in 2005.

Beckham remained at the Bernabeu until 2007 when he swapped the Spanish capital for Los Angeles Galaxy.