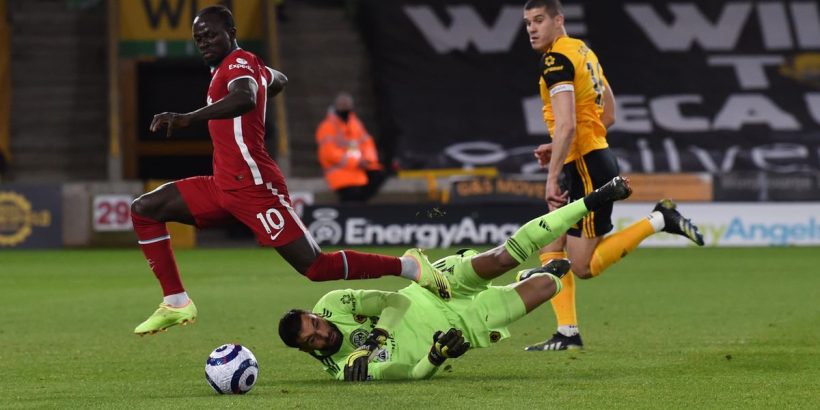 Reds legend Owen had noticed that Mane has been refusing to go to ground when getting touched in the box in Liverpool’s recent Premier League games.

Against both Sheffield United and Chelsea, Mane stayed on his feet when challenged in the area, denying Salah the chance to take a penalty.

Mane has enjoyed a rivalry with Salah in front of goal since the Egyptian arrived at Anfield in 2017, even sharing the golden boot with his team-mate in the 2018/2019 season.

But Mane’s form has suffered from Liverpool’s poor run of results this season, with the forward scoring just seven goals in the top-flight.

Salah on the other hand currently leads the Premier League’s golden boot race, having scored 17 times this term.

He has undoubtedly benefitted from being Jurgen Klopp’s designated penalty taker, with six of his goals coming from the spot.

And that caused Owen to claim that Mane is trying to limit Salah’s chances in front of goal.

"I just wonder, and it might be a little bit of devious thoughts creeping into my head, Mo Salah is the penalty taker in this team, and if he [Mane] thinks he's getting a chance to score he thinks, 'Well I'm going to score, if I don't stay on my feet, Mo Salah's going to get another penalty.'” Owen told Optus Sport after Liverpool’s defeat to Chelsea.

Though by his own admission Owen’s theory is ‘wild’, Mane appeared to add more credence to it at Molineux on Monday night.

13 minutes into the match, Mane broke through the Wolves defence and rounded Rui Patricio, with replays showing the Portuguese keeper caught his foot with an outstretched arm.

Despite that contact, the Liverpool star stayed on his feet and the ball was eventually cleared, with Owen's theory appearing to come true once again.