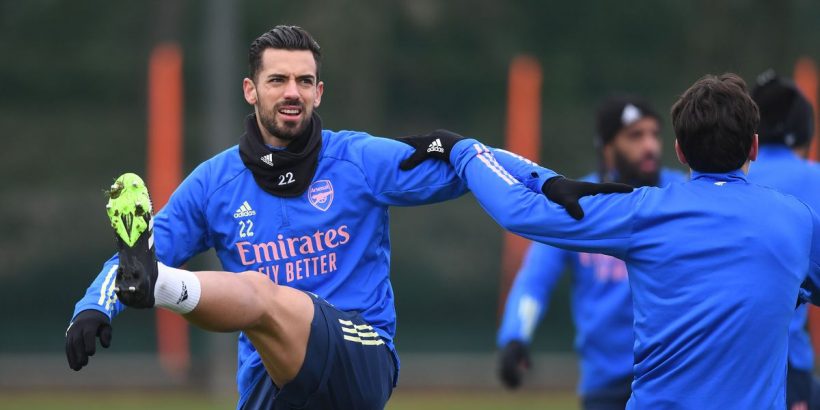 Pablo Mari has credited the collective effort of the Arsenal players for helping to change their dressing room dynamic and turn their season around.

The Gunners are on a four-game winning streak after putting an end to the dismal run which saw them win just once in their previous 10 league matches.

Victory over Newcastle in Saturday's FA Cup tie maintained Arsenal's recent form which had kick-started with the Boxing Day win against Chelsea.

And Mari feels it was down to the unity in the Arsenal squad that they were able to address their troublesome slump.

"We had a locker room where everyone was rowing to the same place, to change that dynamic as soon as possible, but the results we needed weren’t arriving," he told ESPN Brasil.

"I think that before the game with Chelsea we had matches that we deserved more, but we didn’t get the victory to give the team that air, to change that dynamic. We managed it against Chelsea."

That 3-1 win was followed by the 1-0 defeat of Brighton and the 4-0 drubbing of West Brom, effectively taking the pressure off Gunners boss Mikel Arteta.

Key to Arsenal's resurgence has also been the return of Mari too, who has formed a solid partnership alongside Rob Holding after making his comeback from injury against Chelsea.

Mari had not featured in the Premier League for Arsenal since June after suffering an ankle injury, and the defender praised the club's medical staff for getting him back to full fitness.

“My reward is to be very well physically, I believe it is my best moment in my football career, thanks to the physical trainers and all the staff that we had here, who helped me for six months," he said.

Where will Arsenal finish in the table this season? Have your say below.

"I worked very hard for a long time, there were even times during my injury that I worked in the morning and in the afternoon at my house to be prepared and stronger. I had to take this opportunity and not let go."

Arsenal now face Crystal Palace on Thursday, before welcoming Newcastle to The Emirates again on Monday, this time in the league, as they set their sights on getting back in the top half.