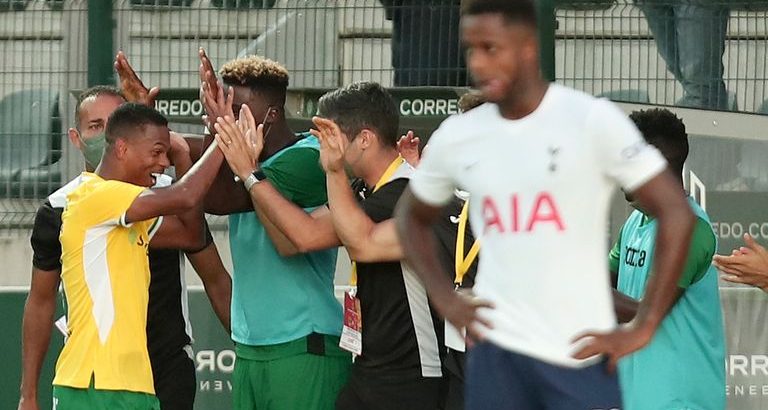 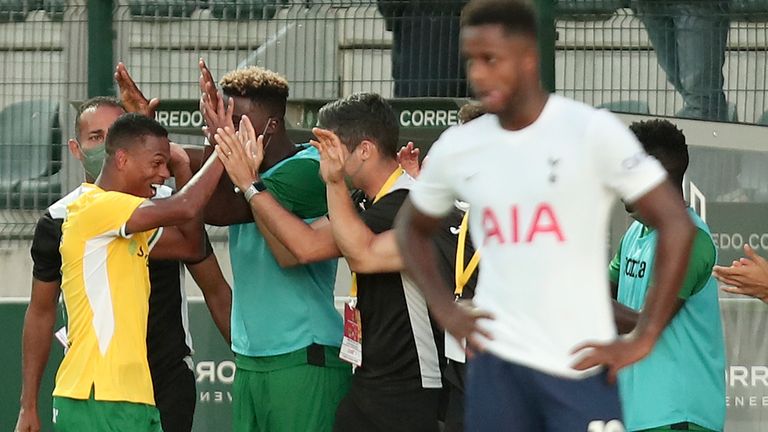 A youthful and inexperienced Tottenham side lost 1-0 at Pacos de Ferreira in the first leg of their Europa Conference League play-off tie on Thursday.

However, it was Lucas Silva’s well-taken goal on the stroke of half-time that proved the difference between the two teams heading into the return leg in north London next Thursday.

How Nuno suffered his first loss as Spurs boss

Spurs headed to Portugal having left behind every player who featured against the Premier League champions on the weekend, allowing Nuno to get a first glimpse of summer signings Gollini, Romero and Gil. 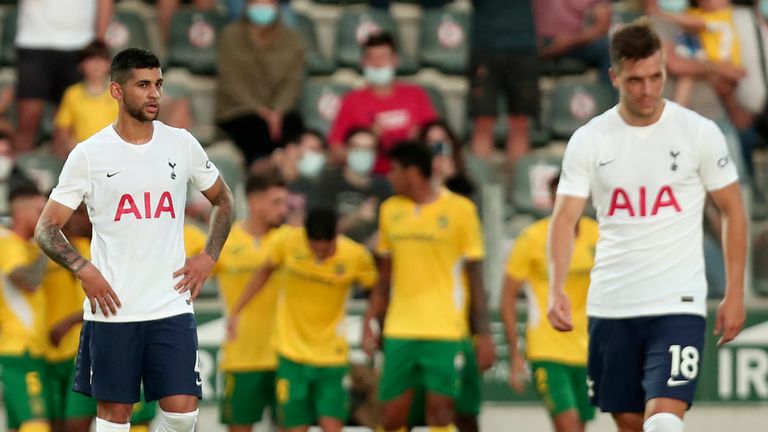 It was the latter – who arrived from Sevilla in July – who initially caught the eye, with one fine early run down the left almost creating an opener for Ryan Sessegnon, making his first Spurs appearance since March 2020 having spent last season on loan at Hoffenheim.

Gollini also impressed in goal with some confident handling in the first half as the hosts, who finished fifth in the Portuguese league last season, gradually grew into the contest in Porto, before deservedly taking the lead just before the break.

Tottenham handed a full debut to 17-year-old Dane Scarlett as Harry Kane and Son Heung-min were left at home, with Nuno Espirito Santo making 11 changes from the side that beat Manchester City.

There were full debuts for new signings Pierluigi Gollini, Cristian Romero and Bryan Gil, while 18-year-old Nile John was also been handed a full debut. And Ryan Sessegnon made his first Spurs appearance since March 2020.

It was the third new signing, though, who was partly at fault as Romero and his fellow centre-backs were split open by Castro Ferreira’s through ball, allowing Lucas Silva a clear run on goal.

The striker kept his cool to slide his low shot past the advancing Gollini as the home team led at the interval, with the visitors struggling thereafter to get back into the contest.

In fact, Tottenham were unable to even force a save out of Andre Ferreira in the second period and now have it all to do in the return clash in north London next Thursday. 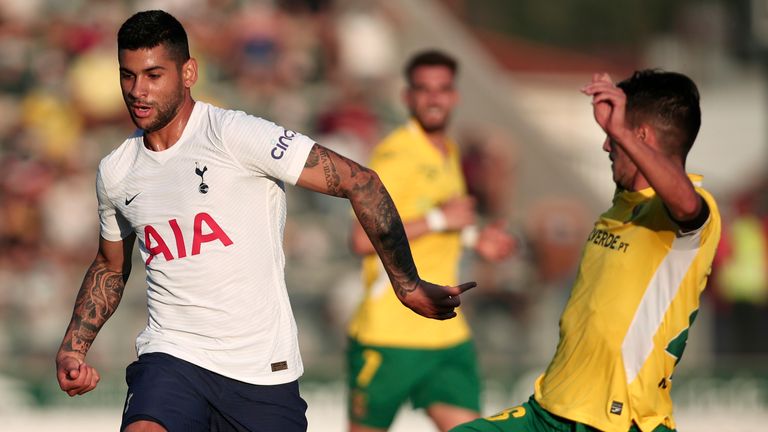 Pacos host Estoril Praia in the Portuguese top flight on Monday at 7pm.

Meanwhile, Spurs travel to Wolves in the Premier League on Sunday, with the game kicking off at 2pm, before they host the Portuguese side in the return leg next Thursday night (7.45pm).