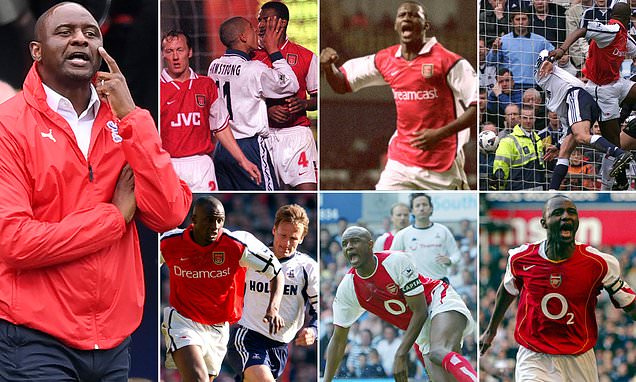 Tottenham fans could be forgiven for having had daily glances at the Premier League table over the two weeks of the international break.

After a summer of unrest, when they feared they’d lose their star man Harry Kane to Manchester City, Nuno Espirito Santo’s side find themselves top of the table as the only team to have emerged from the opening three matches with maximum points.

However, the sheer presence of the opposition manager at Selhurst Park in Saturday’s early kick-off will bring back horrible memories for the travelling support.

Patrick Vieira may still be cutting his teeth as a manager but his record in England as a player for Arsenal was phenomenal – particularly against their most heated rivals, Spurs. 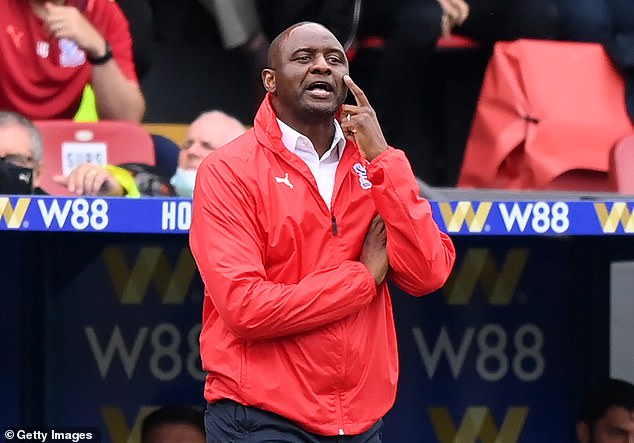 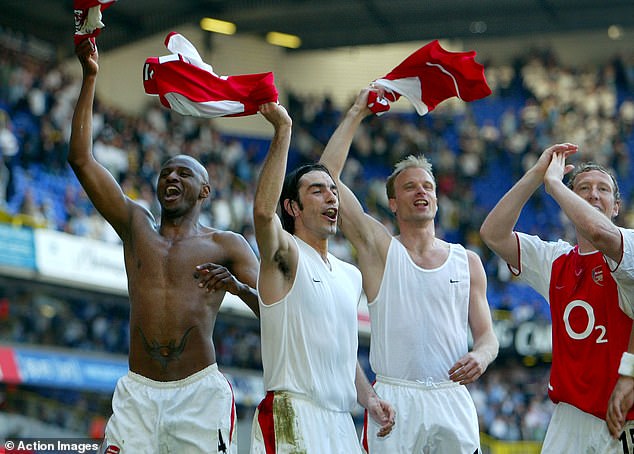 Vieira (left) celebrates with his Arsenal team-mates after winning the Premier League title at White Hart Lane in April 2004, just one of many triumphs over old rivals Tottenham 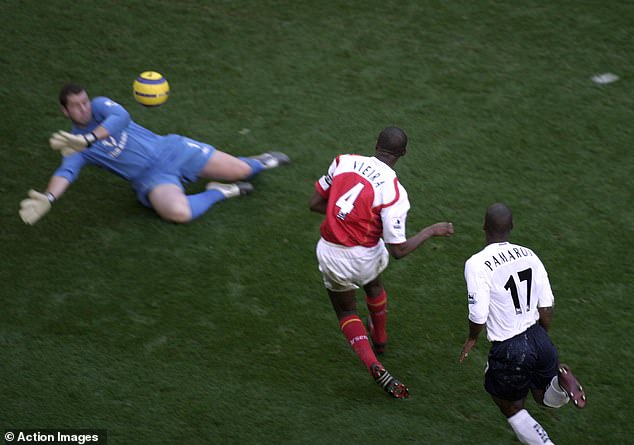 In 16 appearances against Tottenham for the Gunners spanning nearly nine years, the Frenchman only lost once, with Arsenal winning nine of those. Vieira would often save his best for Spurs.

Not renowned as a prolific goalscorer or creator, he managed five goals and four assists in those 16 games. He even made sure to keep his discipline – not always a strength of his – with just three bookings and no red cards in those matches.

Vieira’s dominance of Spurs started 25 years ago in his first north London derby in November 1996, with Arsenal emerging 3-1 victors at Highbury in one of his first matches for the club. The following season Arsenal could only manage two draws against Spurs as they won the title, but could still claim them as crucial points as they pipped Manchester United by just one.

In November 1999, Vieira tasted defeat against Tottenham for the first and only time as an Arsenal player, but he did score his first goal against Spurs with a consolation strike after Steffen Iversen and Tim Sherwood had netted. 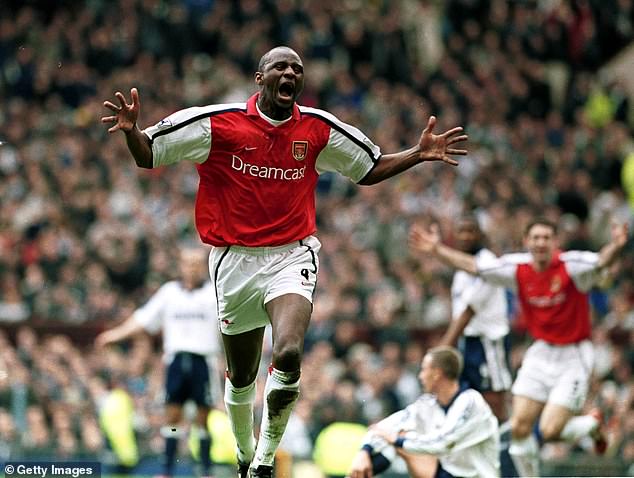 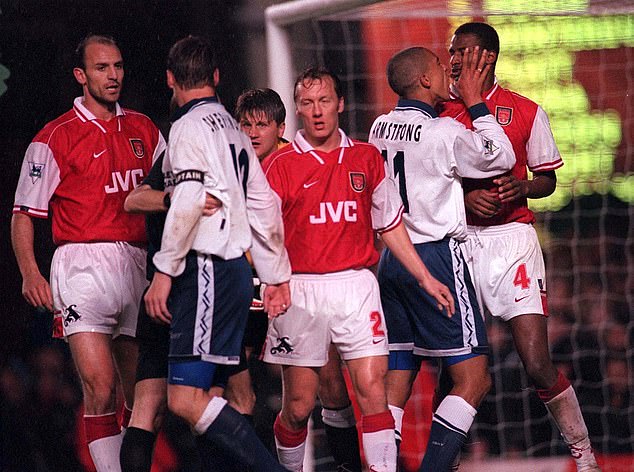 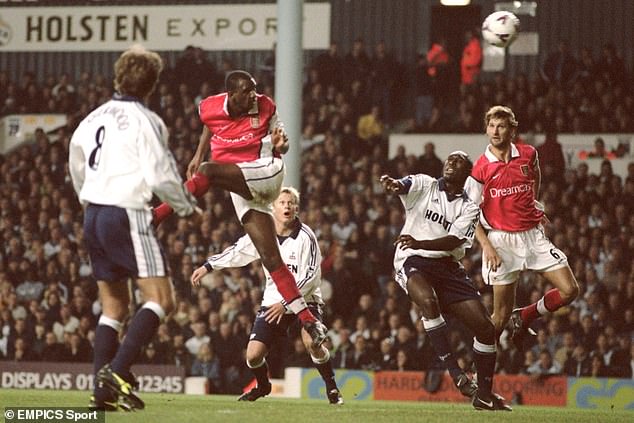 As if spurred on by the bitter taste that left, Vieira stepped it up a notch in north London derbies from that day on, going unbeaten in the next 10 and winning seven of them. In the most famous of those matches, the Crystal Palace manager always played a pivotal role.

In the 2001 FA Cup semi-final, it was his equaliser that settled Arsenal nerves after Gary Doherty’s early opener, before Robert Pires went on to score the winner.

Two years after that in April 2004, Arsenal had the ultimate title coronation day in their neighbours’ back yard, as a 2-2 draw clinched it for Arsene Wenger’s Invincibles at White Hart Lane. Vieira was immense that day, scoring the first and creating the second. 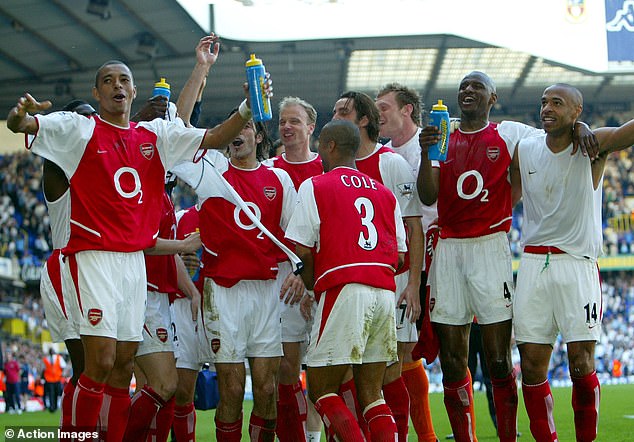 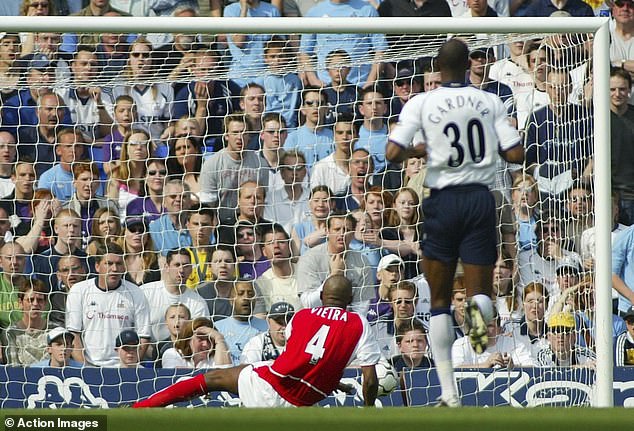 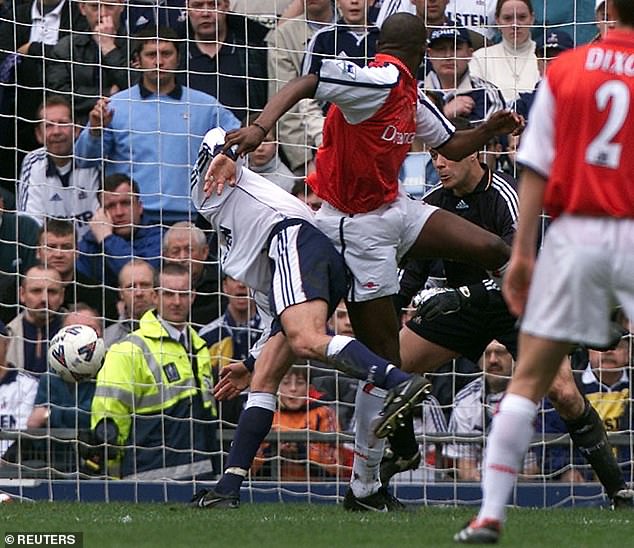 The following season would prove Vieira’s last in north London, so he of course signed off with another memorable win over Tottenham. Arsenal went 1-0 down early on at White Hart Lane in November 2004, but roared back in a rollercoaster second half to win 5-4 at the home of their bitter rivals.

As if the sheer presence of Vieira wasn’t enough, to make matters worse Spurs have drawn the short straw this international break by being handed an early kick-off away from home – albeit in London. Vieira had players away too, but nowhere near as many as Nuno.

Kane played a gruelling 90 minutes against Poland on Wednesday night, while Cristian Romero, Giovani Lo Celso and Davinson Sanchez are all unavailable as they serve out quarantine periods having travelled to South America for international fixtures without permission.

Son Heung-min, Oliver Skipp, Ryan Sessegnon and Steven Bergwijn all picked up knocks on international duty and are doubtful.

Vieira is yet to record his first win as Palace boss, but performances have steadily improved, culminating in a 2-2 draw at then-league leaders West Ham last time out.

With new additions Odsonne Edouard, Will Hughes and Michael Olise now ready for action, and with Vieira looming large in the presence of Tottenham once again, this may just be Palace’s day. 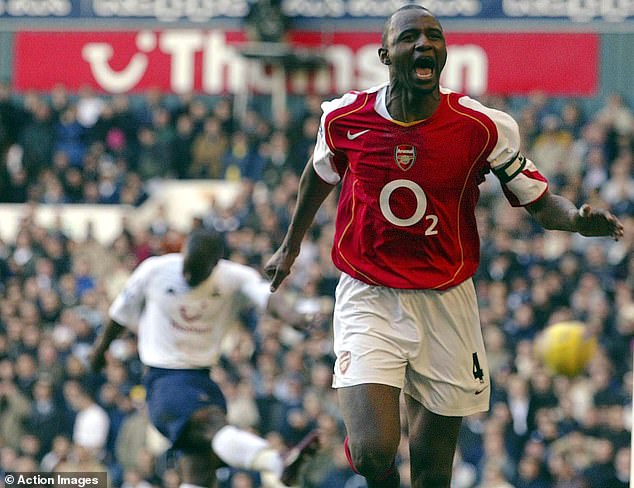