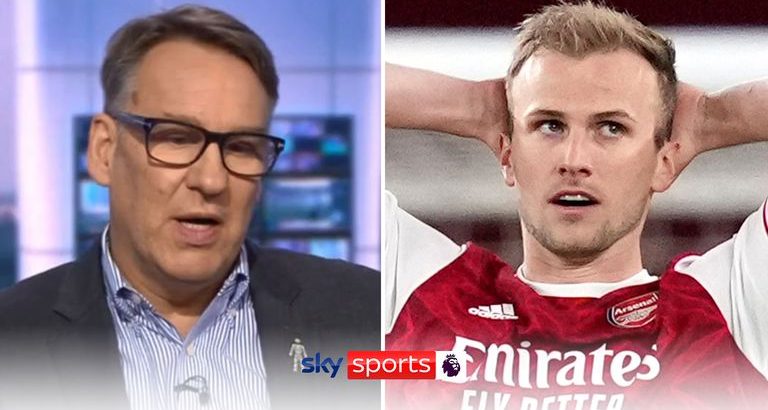 Paul Merson on Arsenal’s situation: “I find it really frustrating. It’s a massive football club, a class football club and they need better. But, at the moment, I can’t see it getting better.”; watch Chelsea vs Arsenal on Wednesday, live on Sky Sports from 7.30pm; kick off 8.15pm Paul Merson says Arsenal need a long-term plan that needs to start right now if they are to have any chance of turning around the club’s fortunes in the future.

It’s been a difficult season for Mikel Arteta, who faces mounting pressure from the club’s supporters, and his side as they face up to the prospect of no European football for the first time in 25 years.

They crashed out of the Europa League semi-finals with a 2-1 aggregate defeat against Villarreal after a goalless draw at the Emirates last Thursday, and while a 3-1 win against West Brom on Sunday provided some relief after a dismal week, the Gunners are ninth in the table, four points behind Tottenham in seventh with three games remaining.

Arsenal are now mathematically unable to make the top four, and their best chance of qualifying for the Champions League was extinguished when they were knocked out of the Europa League by Villarreal in the semi-finals.

Amassing enough points to reach the Europa League or even Europa Conference League still looks unlikely, leaving the club without European football for the first time in 25 years. That said, were they to finish the season with three more wins then they would claim 61 points – which might be enough.

Arsenal are now facing a fifth season out of the Champions League and barring a dramatic turnaround in the Premier League, they will not have the Europa League or the newly formed Europa Conference League to fall back on either.

So, what happens next? Ahead of Arsenal’s trip to face Chelsea, live on Sky Sports, former Arsenal forward Merson discusses the disappointing Europa League exit, the steady decline at the club and how they try and move forward after what has been an extremely painful season for the Gunners. Where do Arsenal go from here? It’s a really hard question to answer.

Let’s be honest, Villarreal are 23 points behind Real Madrid in La Liga, and we just saw them get absolutely dismantled and embarrassed by Chelsea. When you look at it, Arsenal should be able to take out Villarreal but over two legs, they never got close.

Arteta played a false nine in the away game. Only one team in the world can play with a false nine and that’s Man City. They are the only team at the moment who have the players to play it and, in the past, the old Spain team could do it too.

He then played Emile Smith Rowe and Martin Odegaard in front of Thomas Partey, and that didn’t work, and for me, Arteta just tries to over complicate things. I don’t know whether he thinks he’s Pep Guardiola, but it did not work.

‘Why take Aubameyang off?’ 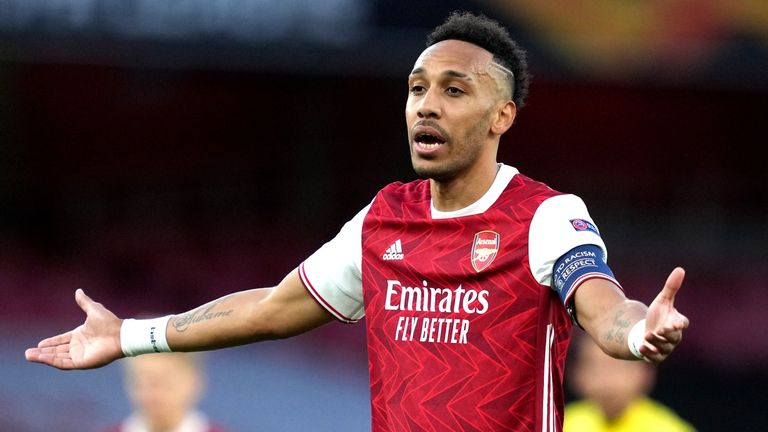 I know Pierre-Emerick Aubameyang has not been well, but he had to stay on the pitch against Villarreal. They needed a goal and he’s a goal scorer. How many times have we seen it before? When the ball goes whizzing across the six-yard box, who is the one at the far post tapping it in more times than not? It’s Aubameyang.

He’s not pushing any other Arsenal players out of the way to get to the ball because he’s the only one doing it, so you have to keep him on the pitch. The decision-making was just poor.

If you’d have come into that game not knowing the score and watched the final 10 minutes, you would think Arsenal were through. The urgency from them was non-existent. They were passing the ball along the back line in their own half for about 15 passes.

It was not working passing the ball out from the back so if it does not work, get everybody on the halfway line and get it forward. Forget about all this total football and playing my way, it’s about getting results.

It wasn’t working. Villarreal knew exactly what to do and Unai Emery had them set up well, especially the way they closed Arsenal down from goal kicks. So, just change it. A manager has got to be flexible. If it’s not working, do something else.

What happens now? This is a five-year plan and they have got to start it today.

Do you stick with Arteta, have a plan and say let’s start getting rid of people and start bring in people, young players who are going to get better and help Arsenal challenge for the title in five years’ time?

Not next year. It is not happening next year. So, you have to be patient and have a plan. It has to be a four or five-year plan to get Arsenal back to the top. Don’t start saying we need to get Arsenal challenging next year because they can’t. They are a million miles away from that.