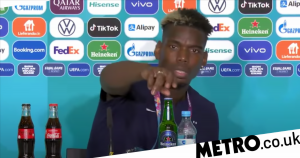 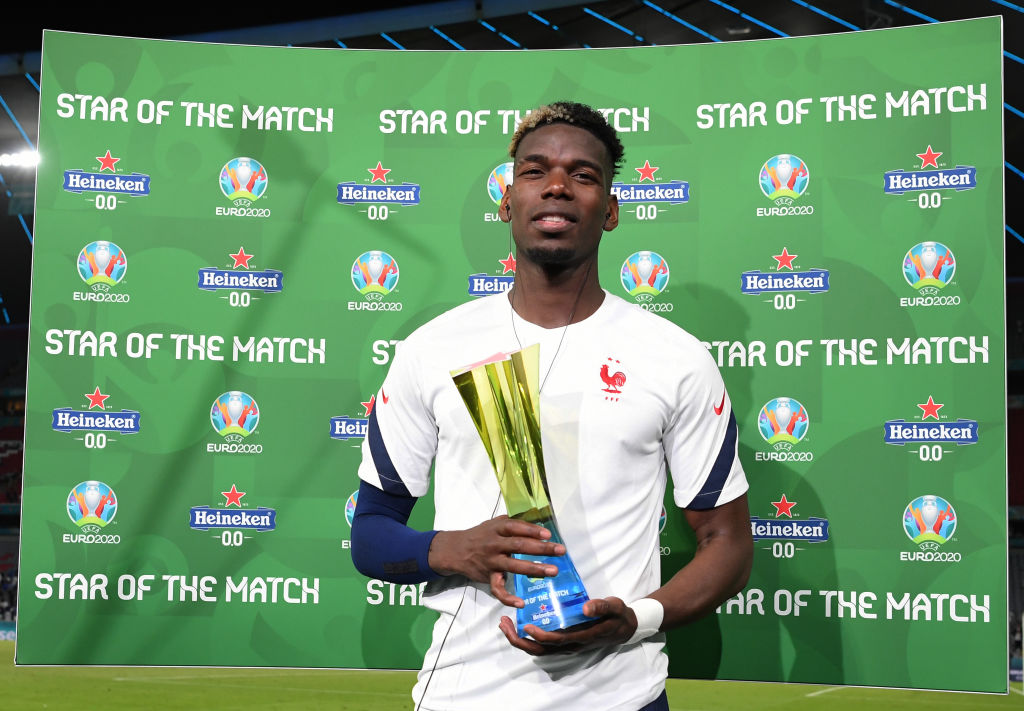 Manchester United midfielder Paul Pogba opted to remove a bottle of Heineken beer from his press conference after he helped guide France to a 1-0 win against Germany at the European Championships.

Pogba was named Man of the Match after his exquisite pass helped create the Mats Hummels own goal that gave Didier Deschamps’ side victory in their opening group game.

Cristiano Ronaldo hit the headlines just 24 hours earlier when the health-conscious Juventus superstar removed two bottles of Coca-Cola from his press conference before his side’s 3-0 win against Hungary.

The European Championships have a wealth of sponsors, including Dutch giants Heineken.

And though the bottle presented on the table was actually an alcohol-free offering, devout Muslim Pogba chose to remove the beer from the table.

Ronaldo was screeched ‘water’ after putting the Coca-Cola bottles on the floor and he was clearly angered that his image would be associated with the sugary drink.

Pogba appeared less peeved but saw fit to remove the beer bottle as it compromises his beliefs as a muslim.

The United midfielder converted to Islam in 2019.

‘It’s everything. That’s what makes me thankful for everything,’ said Pogba two years ago.

‘It made me change, realise things in life. I guess, maybe, it makes me more peaceful inside.

‘It was a good change in my life because I wasn’t born a Muslim, even if my mum was. I just grew up like that, respect for everyone.

‘Islam is not the image that everyone sees – terrorism… What we hear in the media is really something else, it’s something beautiful.

‘You get to know it. Anybody can find that he feels connected with Islam. It came because I have a lot of friends who are Muslim. We always talk.’